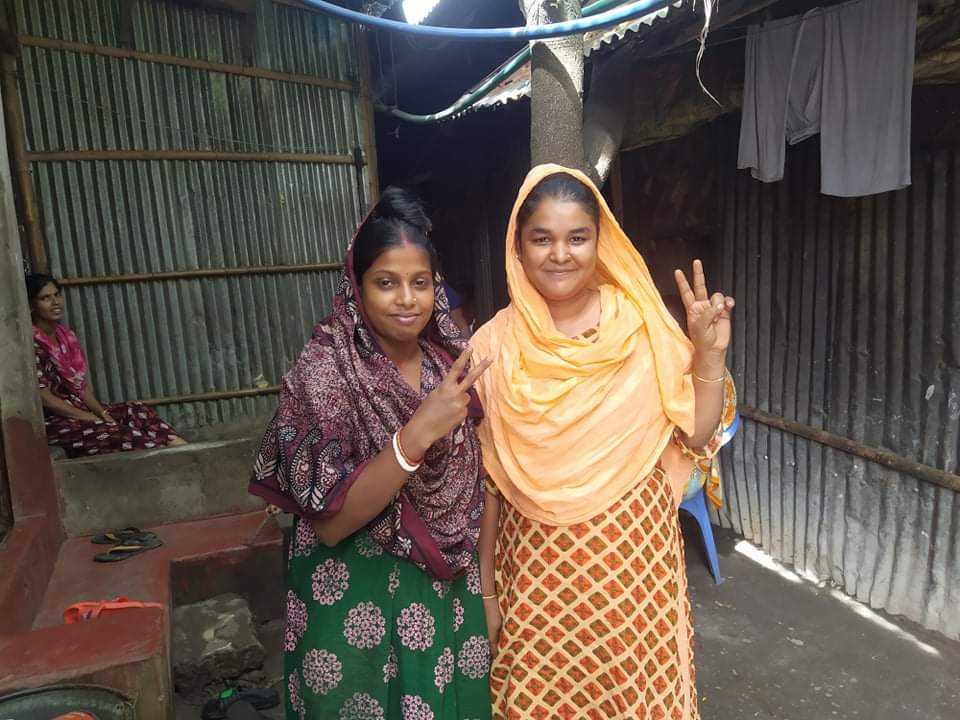 As always, we wanted to dig a bit deeper into workers’ understanding of those payment terms. For example, do workers understand the constituent parts that make up their total salary? If workers are aware that they receive monetary allowances in their paychecks, do they know what those allowances are for? And if workers’ pay rates have changed over time, do they know why? Let’s find out.

Of the 1,284 workers we interviewed, 80% (representing 1,026 workers) told us that they know the amount of the salary they are supposed to earn according to their contract, excluding overtime (we should add that this 80% largely tracks with the 86% and 85% shares of workers we quote in the introduction as understanding the payment terms of their contract; however, since the question about salary amount is asking about knowledge of a specific number, it might not be unexpected that a slightly smaller share of respondents are able to answer the question with confidence). The share of women and men who said they knew their contracted salary amount was relatively comparable, 78% and 86%, respectively. However, slightly more women than men were unemployed at the time of the survey, which could account for the discrepancy.

Among the 80% of workers who knew their contracted salary amounts, below is the proportional breakdown of salary ranges (one thing that is clear from the table is that men are more likely than women to earn a salary in the upper ranges):

We asked all 1,026 workers who told us that they know their contracted salary amount to also tell us whether they are paid allowances. Allowances are additional amounts combined into workers’ monthly salary payments that are intended to be used for specific aspects of daily life, such as housing and food. In all, 67% of those 1,026 workers told us that they receive at least one allowance payment (there was another slight discrepancy between women and men receiving allowances, at 64% and 76%, respectively).

Furthermore, among the sub-set of workers who know that they receive allowances, only 14% (representing 96 workers) know which allowances are included within their paycheck (here the gap between the share of women and men narrows greatly, to 13% and 15%, respectively).

We also asked all 1,026 workers who knew their contracted salary amount questions about changes in their pay over time. 65% of these respondents (representing 671 workers and 64% of women and 70% of men) answered “yes” to the first question we asked: “Has your contracted salary changed since you started working in your current factory?” (26% of workers said “no” and 8% of workers weren’t sure).

When we asked those 671 workers why their salary changed, we received the following shares of responses:

The shares of answers among women and men are fairly similar and also seem to be consistently suggesting that the 2018 Wage Gazette had little to do with any salary increase workers received. This is not surprising, because the Gazette increase went into effect three years ago, in January 2019. Instead, workers point to the incremental annual pay increases, also mandated by law, as the main reason for their pay increases.

By Bangladeshi law, a regular six-day work week consists of 54 hours (eight hours of work, one hour for break per day). If a worker does spend more time at the factory than that, they should be paid overtime. Further, overtime pay is not supposed to be determined based on production quotas, the buyer’s offer or anything else other than a pre-determined hourly rate (which is supposed to be be double the worker’s regular rate).

Below is the proportional breakdown of overtime hourly rate ranges:

The data presented here come from interviews conducted over the phone in late November 2021 with a pool of 1,284 workers. These workers are employed in factories spread across the five main industrial areas of Bangladesh (Chittagong, Dhaka City, Gazipur, Narayanganj, and Savar). Just over three-quarters of the working respondents are women, roughly representative of workers in the sector as a whole.