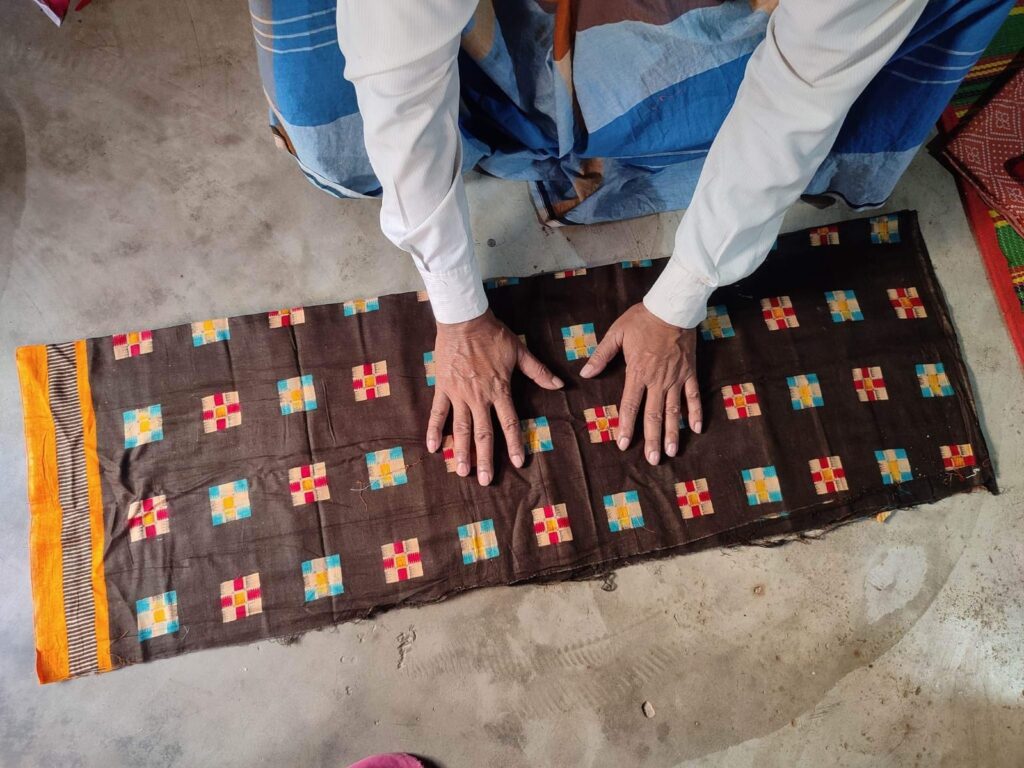 As with our two previous blog posts, this week’s Garment Worker Diaries blog has been guest-written by our long-time partner in the field in Bangladesh, the South Asian Network on Economic Modeling (SANEM). SANEM’s prior two blogs focused on the European Union’s Human Rights and Environmental Due Diligence (HREDD) directives (now officially referred to as Corporate Sustainability Due Diligence (CSDD)). The blogs discussed how these directives could impact the RMG sector in Bangladesh, and how Bangladesh might best comply with those directives. This 3rd blog in the series builds off of those two blogs by focusing on the different aspects of worker well-being, the improvement of which is a key objective of the new CSDD requirements. Wages, health, workplace hazards, gender equality, and education among garment workers in Bangladesh are highlighted as components of worker well-being that can and should be targeted for improvement. To read this blog in Bangla, please navigate here.

The flourishing of the Ready-Made Garment (RMG) sector of Bangladesh, in many ways, can be attributed to the low cost of labour. Leveraging a low level of wage and a somewhat relaxed framework for enforcing workplace compliance, the RMG sector has thrived in western markets. However, it is becoming evident that to ensure sustainable growth of the sector, there is no alternative to ensuring a decent standard of living for the workers. The well-being of the workers is closely related to their productivity. It is therefore in the interest of all concerned parties to pursue policy pathways that will prioritize workers’ well-being and address their grievances.

The foremost issue regarding the workers’ well-being would be the level of wage. The minimum wage set for the RMG sector is the lowest among the top RMG-producing countries. According to the Global Living Wage Coalition (GLWC), living wage can be defined as, “The remuneration received for a standard workweek by a worker in a particular place sufficient to afford a decent standard of living for the worker and her or his family. Elements of a decent standard of living include food, water, housing, education, health care, transportation, clothing, and other essential needs including provision for unexpected events.” Estimation of the living wage and the average wage received by the RMG workers in the major industrial areas indicates a significant gap (Table 1).

Table 1: Gap between the average wage and living wage

The above data (obtained from the Garment Worker Diaries initiative) strongly suggest that the minimum wage in place in the RMG sector is far below the required wage for maintaining a decent standard of life. The estimated gap between wages and the cost of a decent standard of life provides a general picture of the workers’ situation. It is also worth noting that in cases of the slightest breach of eligibility criteria, benefits such as attendance bonuses and Eid bonuses are withheld.

In theory, wage in a free market is derived from marginal productivity. In case the workers find their wage to be less than the reservation wage (the lowest wage rate at which a worker would be willing to accept a particular type of job) they would leave their place of employment and look for alternative employment that would offer better wages in proportion to their skill level. However, the reality is such that the opportunity for alternative employment is scarce. Hence, workers are forced to work at a minimum wage which is far below the living wage.

Moreover, there have been allegations that the wage board does not truly reflect workers’ representation. It is worth noting that protests and demonstrations in demand for a better wage are frequent. Workers staged protests in Dhaka, in June 2022, demanding pay hikes as inflation rose to a record high. However, there has been no notable change in policy direction in this regard.

Health vulnerabilities are a major concern for RMG workers around South and Southeast Asia. The issue of health vulnerabilities is rooted in the working environment which often does not meet proper standards of working conditions. Unhygienic workplace conditions along with dust materials lead to several health complications among the workers. Diseases frequently found among RMG workers include coughs, fevers, jaundice, kidney failure, musculoskeletal problems, respiratory problems, and sexually transmitted diseases such as HIV/AIDS. Several studies suggest that the RMG workers of Bangladesh and India are more vulnerable than the other workers of South and Southeast Asian countries.

Workplace hazards can be broadly divided into five groups: (a) ergonomic hazards; (b) physical hazards; (c) psychological hazards; (d) mechanical hazards; and (e) chemical hazards. A SANEM-ILO baseline study found that 53% of workers suffer from hunger and 32% of workers suffered from backache and muscle aches to varying degrees. Also, occasionally, 41% of workers experienced headaches, 36% of workers suffered from fatigue and 31% of workers experienced dizziness. Presumably, backache, muscle aches, and headaches are correlated with long working hours without breaks, ergonomic conditions, overtime, and a lack of time to eat nutritious food. Incidences of long-term illnesses are also not uncommon among the RMG workers with 25% suffering from gastric problems/ulcers and 14% suffering from joint pain. Although to a lesser degree, other long-term illnesses including heart disease, iron deficiency, infection of sinuses, urinary infection of kidneys, asthma, blood pressure, diabetes, difficulty in seeing, difficulty in hearing, difficulty in walking or climbing, and difficulty in remembering or concentrating have also been found among the workers.

The issue of occupational safety was brought to the fore by the tragic accident of the Rana Plaza collapse in 2013. The accident highlighted the dire situation of workplace safety and the areas of policy failure. In the wake of the Rana Plaza tragedy, at the urging of western buyers and other activist groups, two tri-partite projects—Accord and Alliance—were incepted. These projects aimed to ensure a robust monitoring and inspection mechanism for maintaining the safety standards of the RMG enterprises.

One of the many reasons that the RMG sector flourished was that there was no ban on entry into the business. With the opportunity of a lucrative profit margin and the absence of institutional processes ensuring proper industrial standards, relatively small enterprises started to operate in establishments which were not suitable for industrial production. As a result, non-compliance had become the prevalent practice in the sector leading to widespread accidents including fires, building collapses, etc.

Institutional failures have also been another major reason behind the occurrence of occupational hazards and accidents. The responsibility of monitoring the compliance of factory conditions rests with the Department for Factory Inspection (DIFE), under the Ministry of Labour and Employment. However, this organization failed to fully carry out its duties due to weak capacity, corruption, and a lack of interest from the Government in strengthening DIFE.

While initiatives like Accord and Alliance addressed longstanding issues and significant improvement in occupational safety was achieved, concerns regarding hazardous workplace environments remain. A SANEM-ILO baseline study, conducted in 2017, suggests that there are still some unresolved issues related to occupational safety.

While women represent a large share of RMG workers, there are significant issues of gender discrimination which need to be addressed. One of the most prominent is the issue of the gender pay gap. The gender wage gap is corroborated by the SANEM-ILO study, , which surveyed 111 RMG factories. The study found a gender wage gap across all seven grades. More recently, the data from the GWD initiative indicate that across all grades, taking into account the experience level and education of the worker, women are paid about 5 taka less per hour than men, which translates to women earning about 90% of what men earn.

The RMG workers in Bangladesh have a low profile in education level. Field surveys have found that the workers have very basic and limited reading and writing skills because most of these workers have dropped out of school after the primary level. A recent survey conducted by the GWD found that 82% of the workers dropped out before their secondary school certificate exam. The gender disparity in educational attainment is wide—only 13% of the female workers in comparison to 33% of the male workers have achieved secondary school certificates. Major barriers for the workers that led them to drop out are early marriage, the family’s existing financial difficulties, and education fees and expenses. None of the garment workers who were surveyed had any tertiary education but a certain share of them would like to enrol in universities.

The issues of wage, health, occupational safety, the gender wage gap and access to education can be regarded as the key well-being issues faced by the RMG workers of Bangladesh, as these issues have wide-ranging and long-term impacts across all aspects of their lives. It is only through a comprehensive policy framework that these issues can be addressed. Needless to say, the political willingness of the policymakers will be crucial in devising any such policy measures.

And click here to read SANEM’s 2nd blog on Corporate Sustainability Due Diligence.

Click here to read one of SANEM’s prior blogs on the subject of education during COVID-19, with a focus on garment workers’ households.