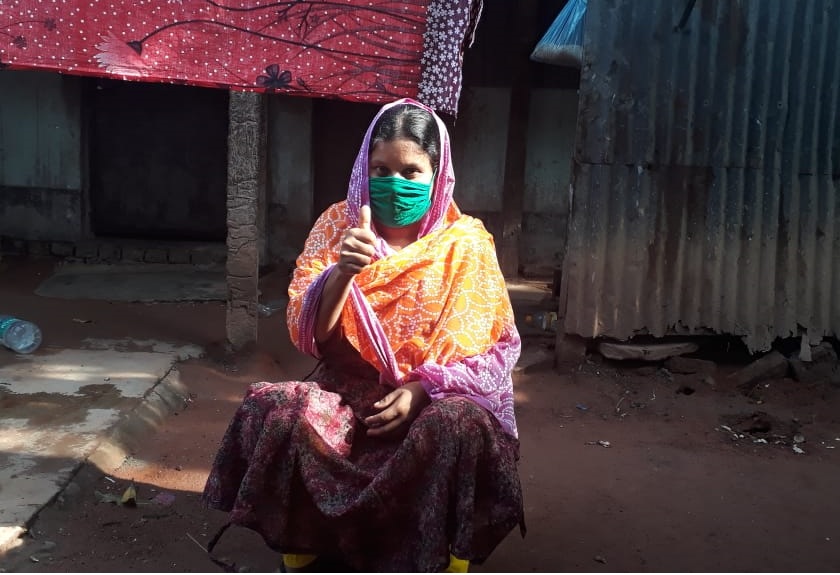 We already know that garment workers in Bangladesh spend long hours at their factories, many of them working shifts that go beyond even the legal limit. We also know that 96% of garment workers do not want their children to grow up to work in the same industry, and that 71% of workers find no joy in their work. Statistics like these go a long way to suggest that working in a garment factory takes its toll on workers. But how do workers feel when they are at work? And when the workday is over? And does the profit from their hard labor make them feel secure financially?

This month, we asked workers a series of questions about their general physical, mental and social well-being. We focused on stress and energy levels, physical and mental exhaustion, whether workers felt respected at work, whether they worry about their finances, and if they feel they can keep an adequate balance between both their work and their personal lives. This analysis draws on a sub-sample of 937 respondents, including 692 women and 245 men, who were available for interview and comfortable answering these questions. 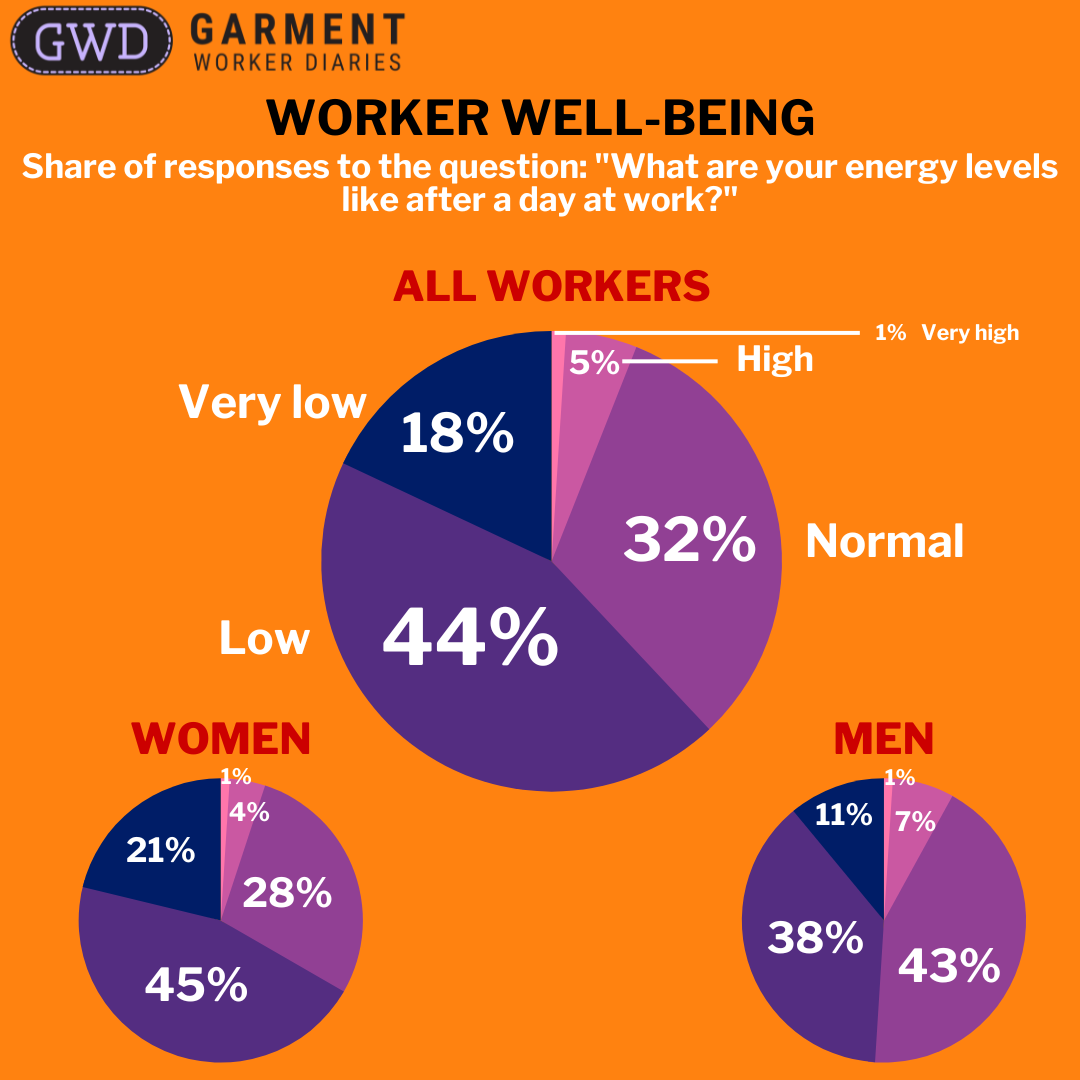 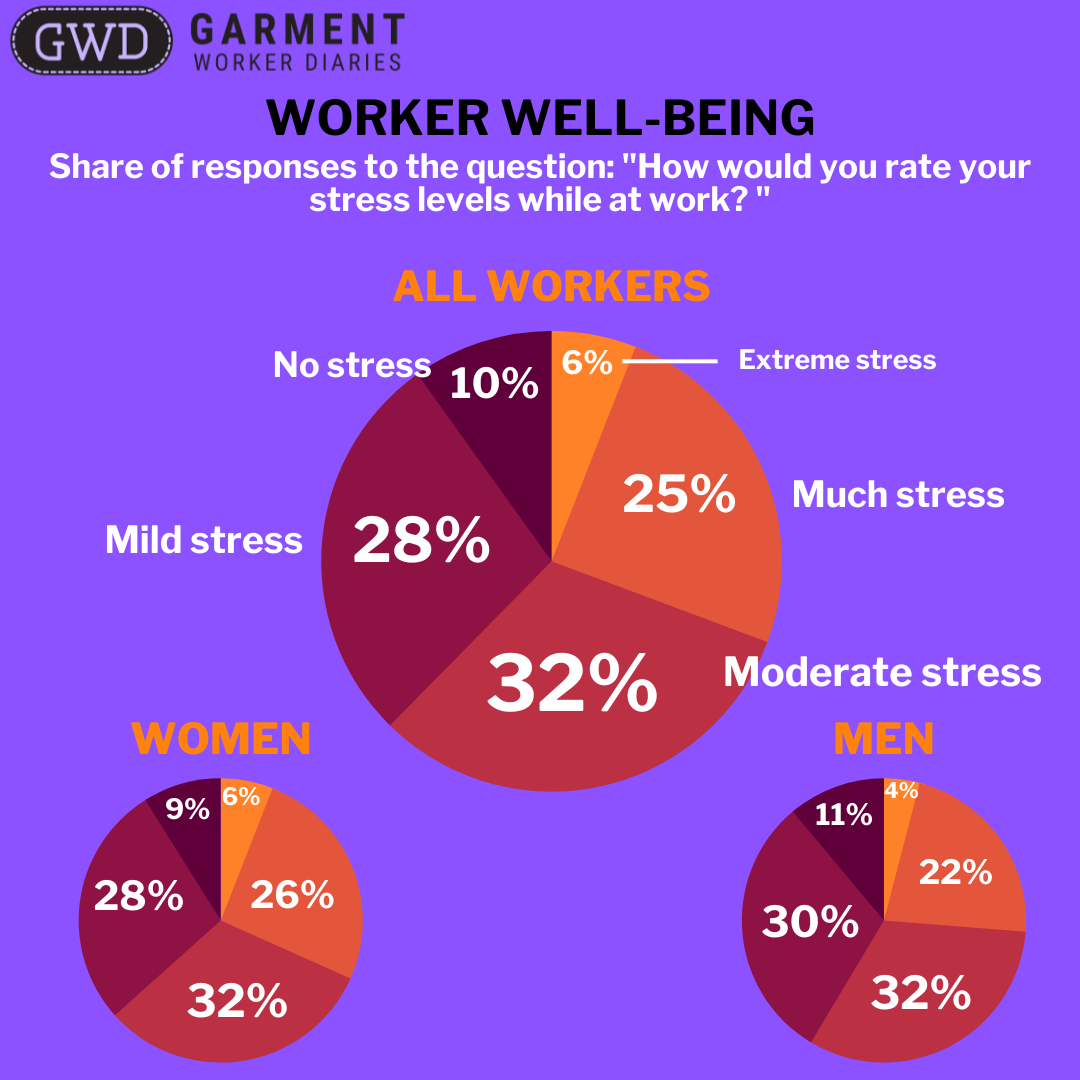 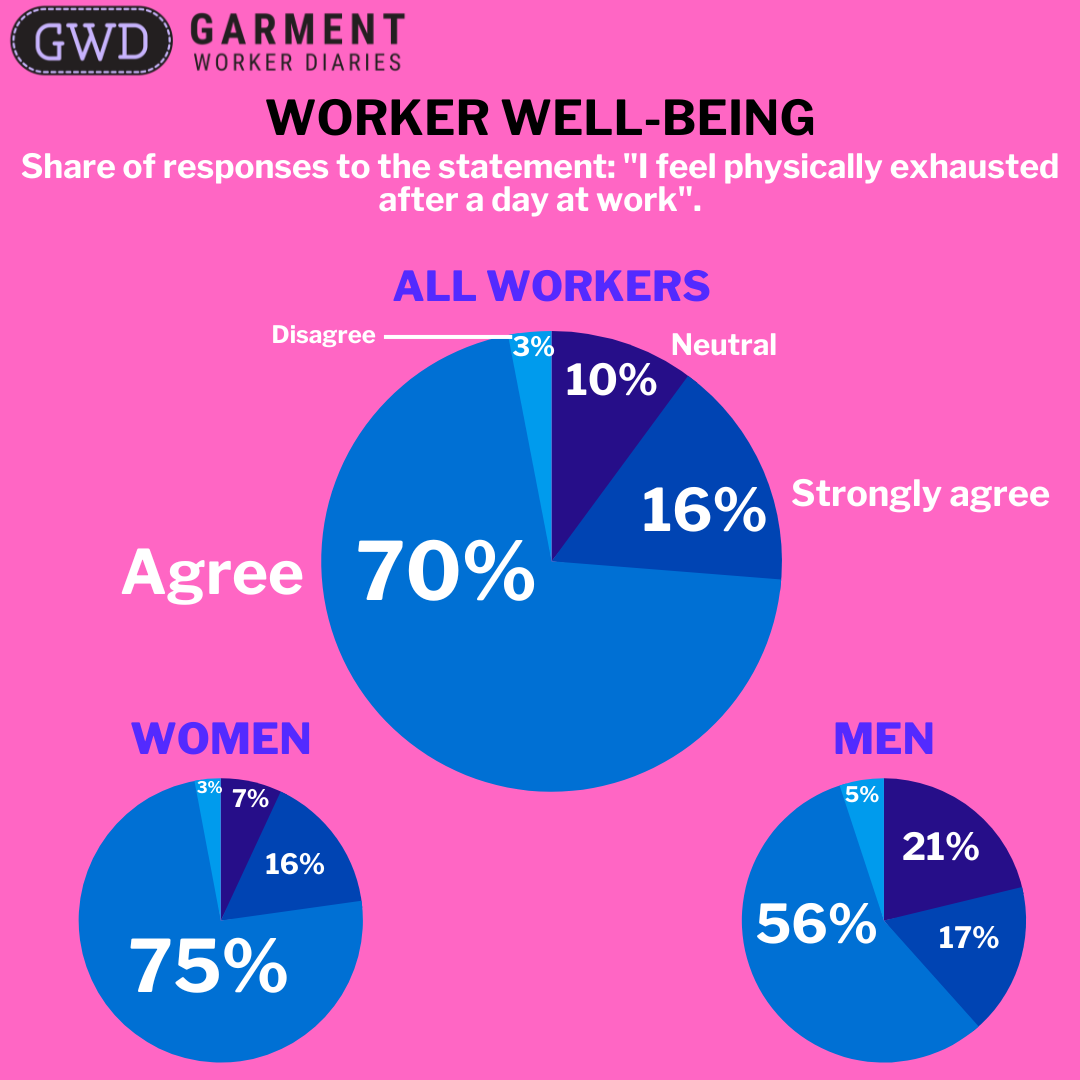 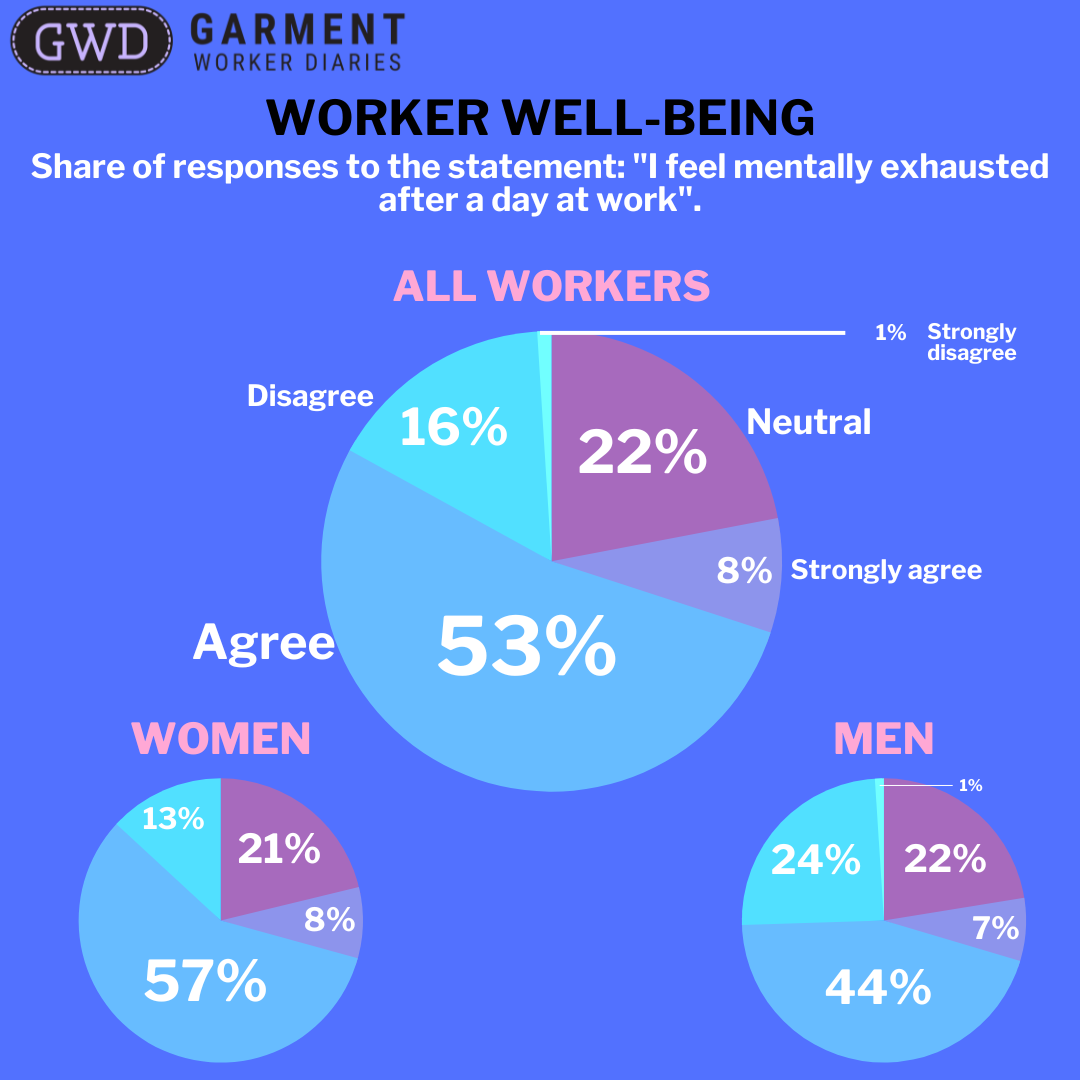 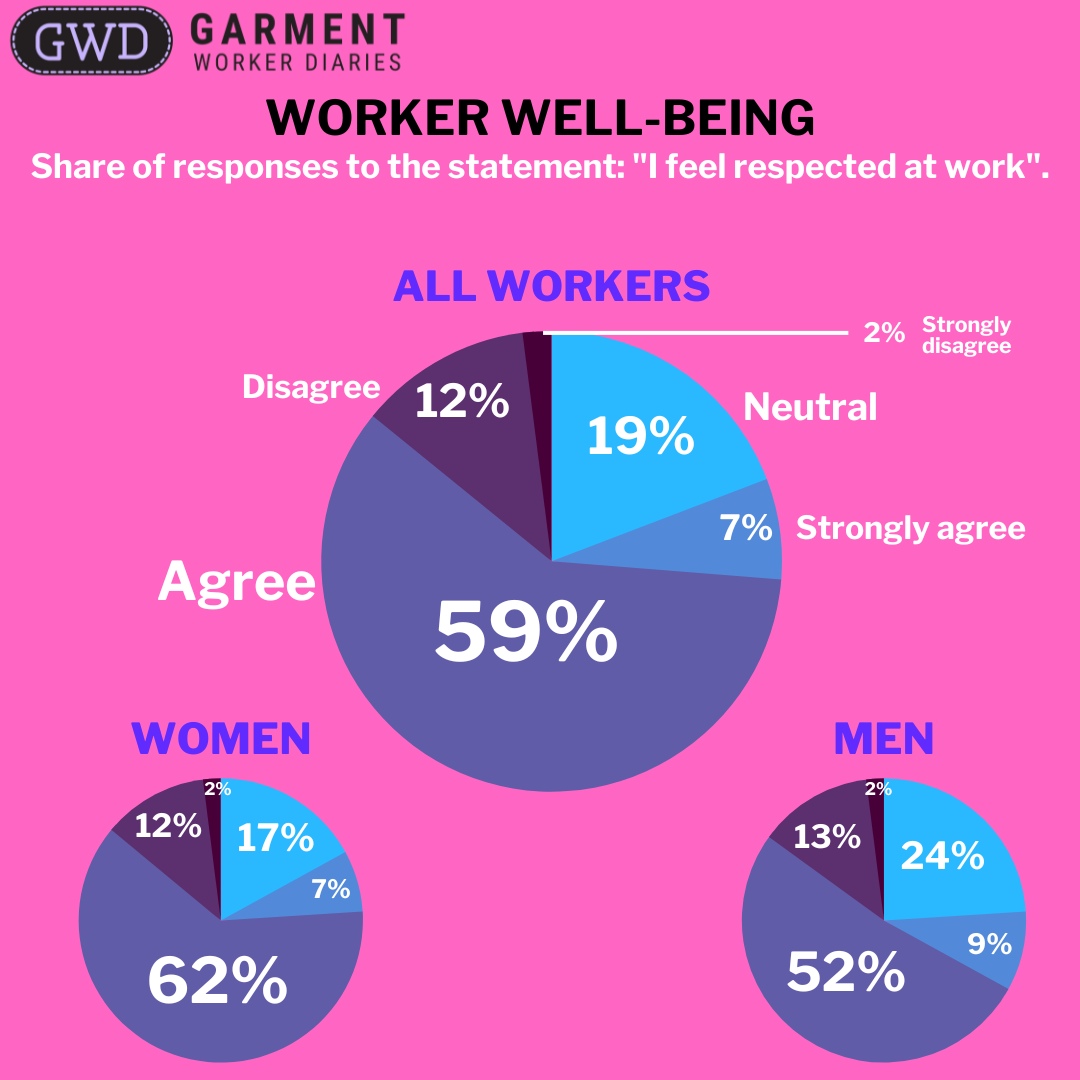 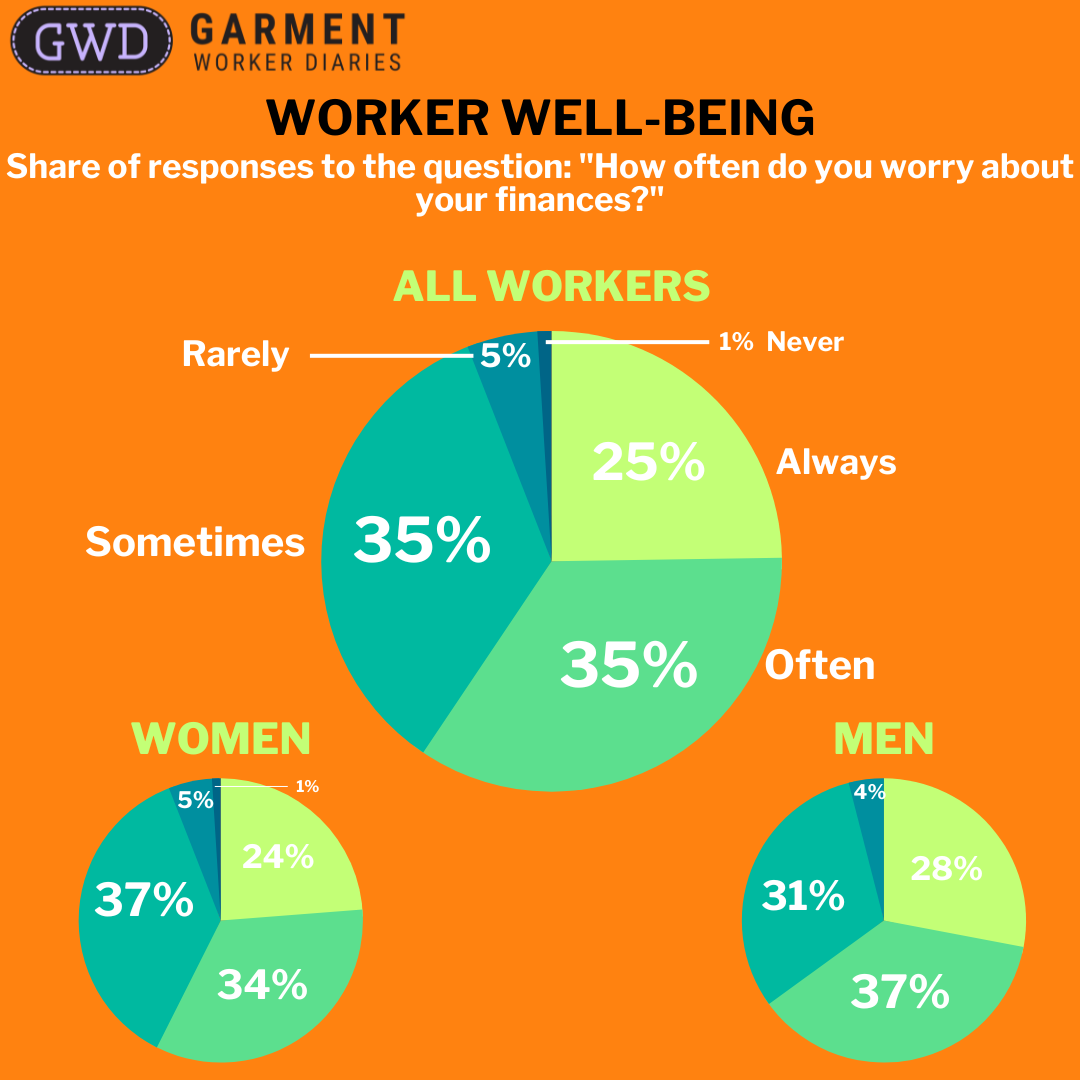 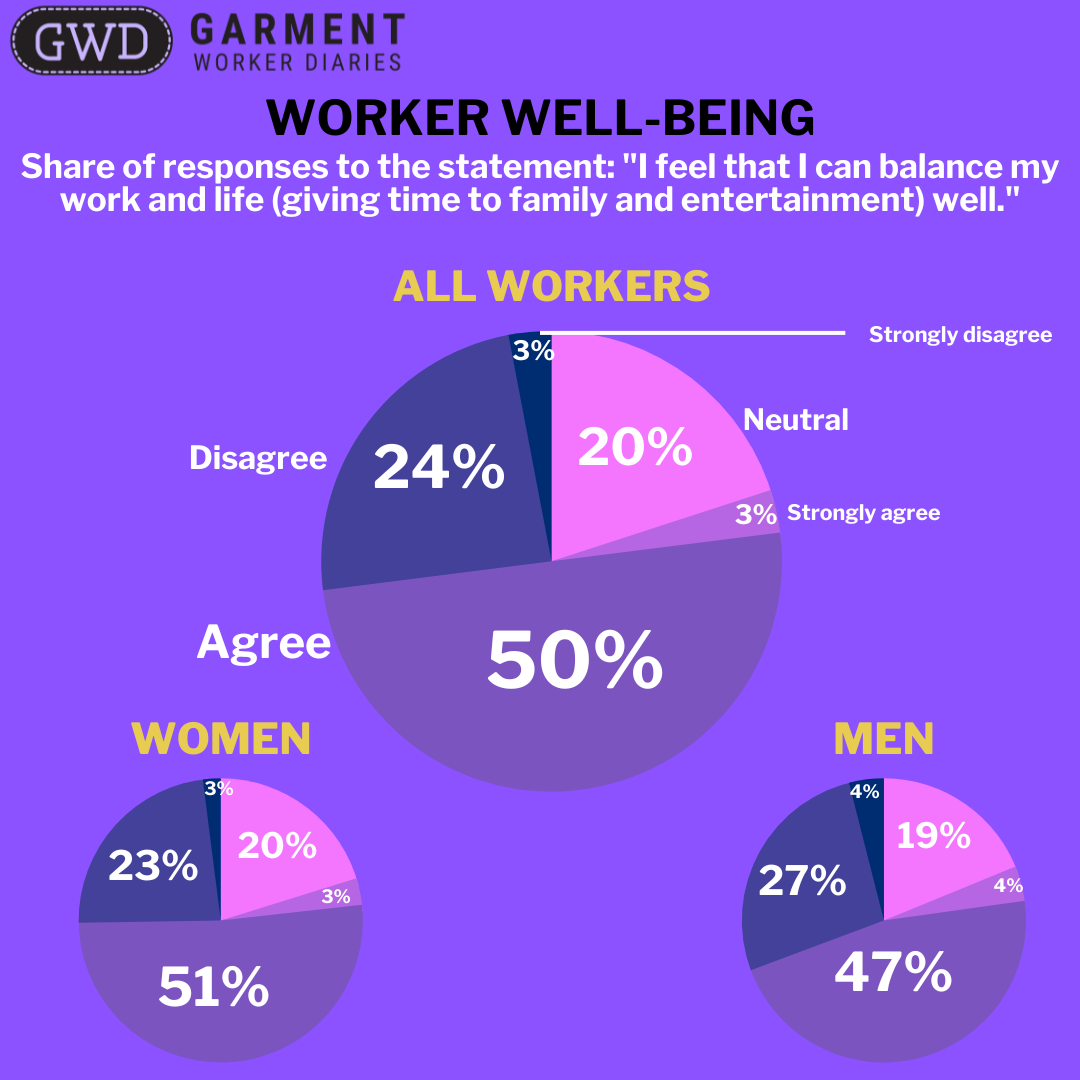 When we asked workers about their post-workplace energy levels, workers were very likely to report low energy: 62% of workers said they had either “low” or “very low” energy by the end of the workday. They were also highly likely to report feeling stressed at work, as only 10% of all workers reported experiencing “no stress” at all while on the job.

We also asked workers to tell us what worries them the most when they are at work. Some workers said that hitting their production targets worried them the most. As one worker said: “I always worry whether I can meet the target in time or not.” Another worker said that their own age worried them: “I worry about me being laid off because I am aged and the aged persons are usually laid off nowadays.” Other workers were mostly worried about life outside of the factory when their shift is done. The commute back home worried this worker: “Our work ends at night, so my primary worry is whether I can return home safely and quickly or not.” And for this worker, chores at home were a concern: “I worry about the cooking I have to do after work.”

Respect In the workplace

In prior blogs we’ve written on the subject of what constitutes a fair living wage for garment workers, we have stressed that workers are currently not earning enough money to support a decent life. Our latest living wage update (Q2 2022) shows an earnings gap separating a garment worker’s typical wage and our proposed fair living wage of somewhere between 51% and 60% for women workers, and of somewhere between 45% and 54% for male workers. When we asked garment workers how often they worry about finances, only 1% reported never worrying about finances, meaning that 99% of workers worry about finances at least some of the time, in line with the suggestion that they are not earning a decent living wage. Below is a breakdown showing how often garment workers worry about their finances (women and men worried about their finances in generally similar proportions):

Lastly, when we presented the statement “I feel that I can balance my work and life well” to workers, 53% agreed with the statement, 27% disagreed, and 20% did not agree or disagree. Answers for women and men were very similar. So while about half of all garment workers feel they can pay adequate attention to their personal lives, the other half of workers cannot say with certainty that they are able to do so.

The data used for the analysis presented here come from interviews conducted over the phone in November 2022 with a sub-sample of 937 respondents (692 women and 245 men). These workers are employed in factories spread across the five main industrial areas of Bangladesh (Chittagong, Dhaka City, Gazipur, Narayanganj, and Savar).