Answers from Stakeholders in the Bangladesh RMG Sector 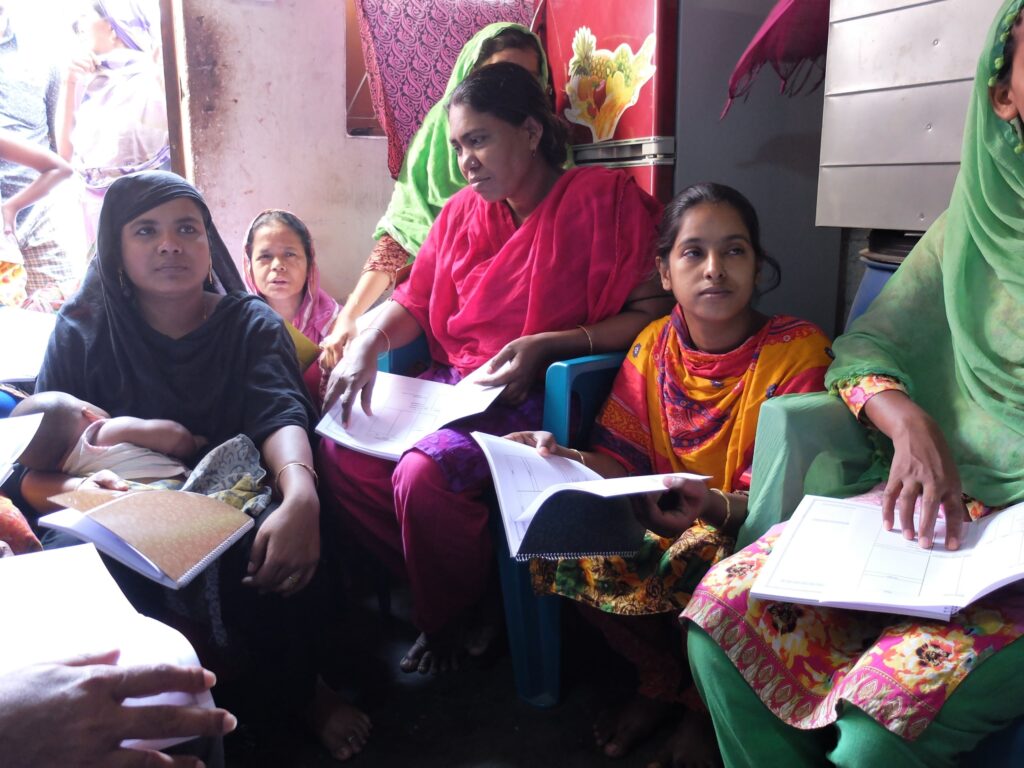 Last Saturday, October 31st, SANEM and MFO hosted a webinar to discuss the implications of the key findings from the Garment Worker Diaries during the COVID-19 pandemic. On behalf of the team, I presented the findings. You can download the presentation or revisit last week’s blog, in which I reported the findings. We had a distinguished group of panelists with knowledge of the RMG sector and/or digital payments to provide reflections on and deeper insights into what’s going on in the RMG sector right now:

The findings covered four different topics and the panelists discussed each set of findings in turn, with Tuomo Poutiainen, Country Director of the ILO in Bangladesh, and Selim Raihan, Executive Director of SANEM, providing overview remarks towards the end of the event. Dr. Bazlul Khondker expertly moderated what turned out to be an engaging and dynamic discussion.

The GWD data showed a swift recovery, after the April lockdown, in the share of workers employed and the number of hours they worked from May to September 2020. But the September data also hinted at some potential looming uncertainty in the RMG sector and looming job insecurity for workers. Dr. Huq addressed this issue by noting that though there was a recovery in the amount of work in the sector in the summer, there was also a price drop of 1.64% for finished goods in the June-July period. Looking forwards to 2021, there is a real concern that the second Covid-19 wave in Europe and North America will dampen demand for Bangladesh’s exports. Ms. Akter echoed Dr. Huq’s fears regarding the future of the sector and the implications it has for workers’ job security. She also noted that in the summer production quotas for workers increased even though the number of hours worked per week were roughly similar to those in the same period in 2019.

As we have noted in a number of blogs over the past few months, the RMG sector went through a massive wage digitization process in April, that resulted in a shift from about 25% of workers being paid digitally in April to about 75% being paid digitally in May. Since August the share of workers being paid digitally has declined. Ms. Ali, of the Gates Foundation, noted that digital wage payments could yield benefits to women in terms of control of their money and the ability to save, among other things. She pointed to the results of Business for Social Responsibility’s (BSR) HERFinance program in Bangladesh, supported by the Foundation, that showed how wage digitization accompanied by effective training generated substantial benefits, especially for women workers.

bKash’s Mr. Rashid noted that the efforts to digitize wages in April were successful. But he noted that the effort benefited from the fact that bKash, other mobile money providers, the government, and the factories jointly shared the cost of waiving the fees the workers would normally have paid when cashing out their wages. He argued that the long-term sustainability and viability of digital wage payments requires an on-going commitment from partners, such as the factories, to cover the cost of workers’ cash out fees in the future. In light of these comments, Dr. Huq reiterated the BGMEA’s commitment to wage digitization and supported government efforts to promote inter-operability across mobile money networks.

Finally, Ms. Akter noted that the wage digitization process in April was a success—a product of a joint effort of the government, the factories, and others. But she also raised a concern that women do not always have their own phone or SIM card and wage digitization can result in a loss of their control over their own wages. She encouraged all stakeholders to make a concerted effort to ensure that women are trained properly in the use of mobile money accounts and can retain control over them through ownership and control of their own accounts and SIM cards.

Because we were running short on time, we combined the final two topics into one, with different panelists focusing on different findings related to worker food security, illness, and the cost of credit.

Ms. Akter noted that there are two things that are needed to address the food security and illness challenges that workers face. One is a set of benefits that can directly address issues of food security and illness, with, for example, medical benefits. The second is a living wage, which will enable workers to cover their living costs more easily, especially in the context of rising prices. She noted that support for a living wage needed to come not only from the factories employing the workers directly, but also from the international brands and retailers.

Dr. Huq proposed an all inclusive stakeholders’ contribution to the formation of a fund for unemployed RMG sector workers. Currently BGMEA members deposit funds to the central fund for unemployed workers, managed by the Ministry of Labour and Employment. She also noted that the brands continue to squeeze their suppliers for cheaper prices and this puts a downward pressure on wages. Finally, with respect to the cost of credit, Dr. Huq pointed to the Fair Price Shop model that some factories have instituted to sell food to workers at reasonable prices and no-cost credit terms.

In summing up, Mr. Poutiainen, of the ILO, noted that the Covid-19 pandemic was a crisis that may have created an opportunity to “build back better.” Wage digitization was a positive development that needed support and attention in the next few months. But he also pointed out that the pandemic highlighted the need for the development of a comprehensive social protection scheme by the government of Bangladesh to support workers facing injury, illness, maternity, and unemployment. He also noted that all of the changes induced by Covid-19 have been taking place against a background of long-term, systemic change related to automation, the need to improve the skills of the RMG sector work force, innovations in production methods, the effects of climate change, and on-going concerns with worker safety. He noted that the Garment Worker Diaries are an effective way of keeping track of what is going on with workers in the RMG sector in the face of both the crisis induced by the pandemic and longer-term changes. Finally, he noted that there is a growing, health conversation about the nature of global supply-chains and that Bangladesh is a key country that people focus on when they have those conversations.