The Link Between Elevation and Selected Factory Status in Bangladesh 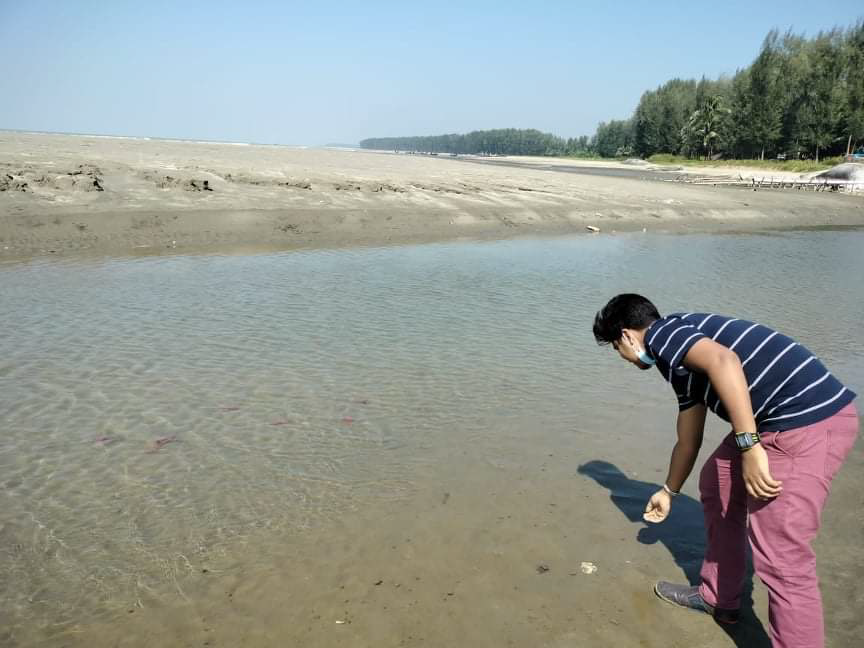 After making this discovery, we wanted to see if there was any correlation between a factory’s elevation and its presence on certain selected factory lists. We began again with a master list of factories, this time comprised of the 5,362 unique factory names found on OAR’s master list (we did not use the MiB list for this analysis). We selected four lists of factories, two of which were compiled by external sources, and two of which were curated internally by us as taken from the OAR master list:

We looked at each factory’s elevation and assigned it to an elevation range: more than ten meters above sea level; five to ten; three to five; up to three meters; and at sea level or below. We then compared the factories on each of the four lists against the remainder of the factories not on the list. What we found is worth sharing here. 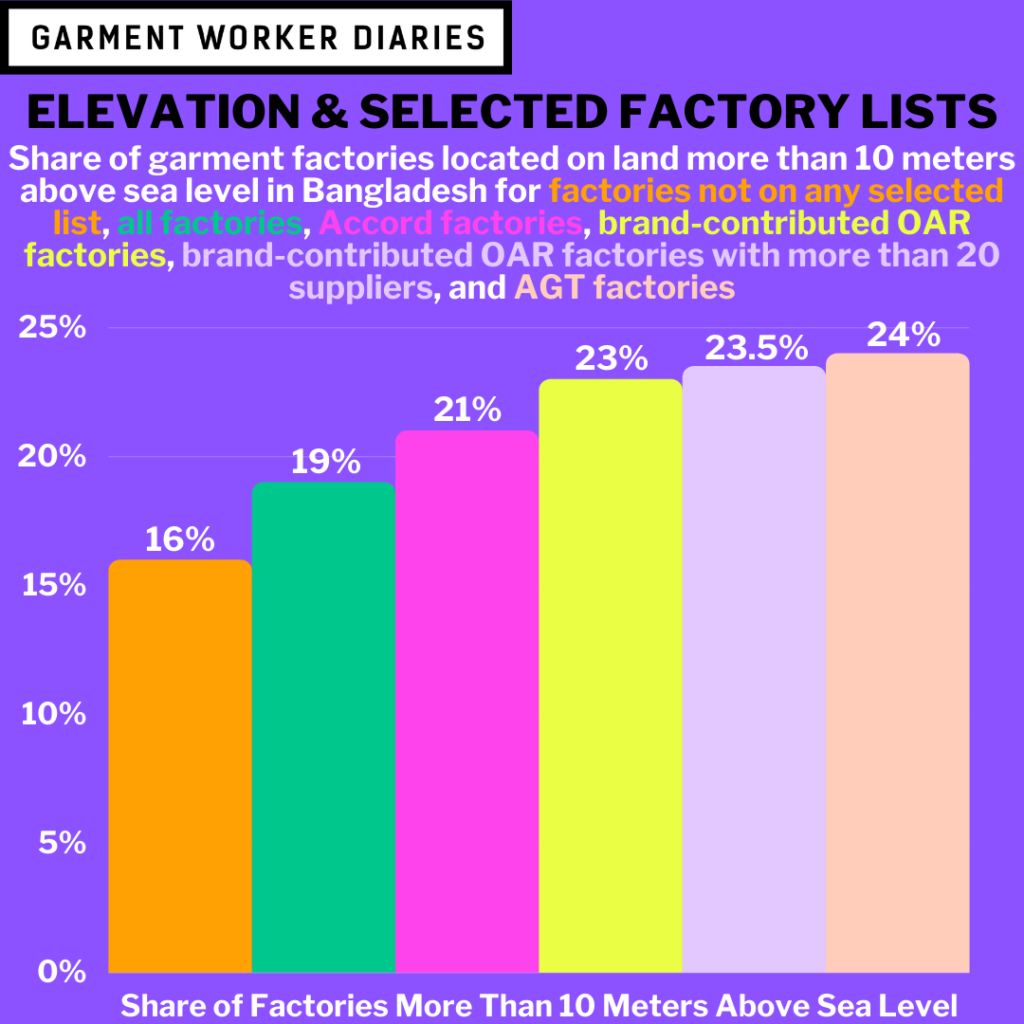 Across all of the four selected factory lists described above, a greater (and statistically significant) share of the factories on each list was situated at elevations more than ten meters above sea level, in comparison to factories not on the selected factory list we were looking at. And among three of the four lists (all but the AGT), a lesser (and statistically significant) share of the factories was found to be situated within lower elevation ranges (a lesser share of factories fell within the five to ten meter range for Accord factories, and a lesser share of factories fell within the three to five meter range for the two curated OAR lists comprised of brand-submitted factory names). In other words, factories on each of the four lists are less likely to be flood-prone than factories not on the list. Furthermore, when we compare factories on the list with factories that do not appear on any of the lists, the difference is even more pronounced.

We have some theories as to why these correlations exist. First, more desirable and/or manageable land tends to get developed first. Factories that have been established longer (and thus might be more apt to appear  on one of our four lists) thus tend to find themselves on higher ground, away from flood-prone low-lying areas and/or areas too close to rivers. Second, land that is less desirable (again, in our context that land which is lower and thus more flood-prone) is cheaper than land that is more desirable (higher up and less flood-prone). Factories that have the official, “selected” backing of industry stakeholders such as large multinational brands (which thus cause these factories to appear on one of our four lists) might be better able to afford the pricier land higher up away from the flood danger.

In the map below, factories from all five categories (the four lists and factories not appearing on any list) are represented by dots, and you can hover over the stacked layer icon in the upper-right hand corner of the map to hide or reveal any of the five categories. Each factory is also color-coded to notate its elevation range: green factories are located more than ten meters above sea level; orange factories are between five and ten meters; purple at three to five; red up to three meters; and yellow factories are at or below sea level. Each dot can also be clicked to produce a pop-up, providing more information about that particular factory.

Listen to Shila’s story, who is not alone among garment workers in Bangladesh that have been personally affected by climate change.