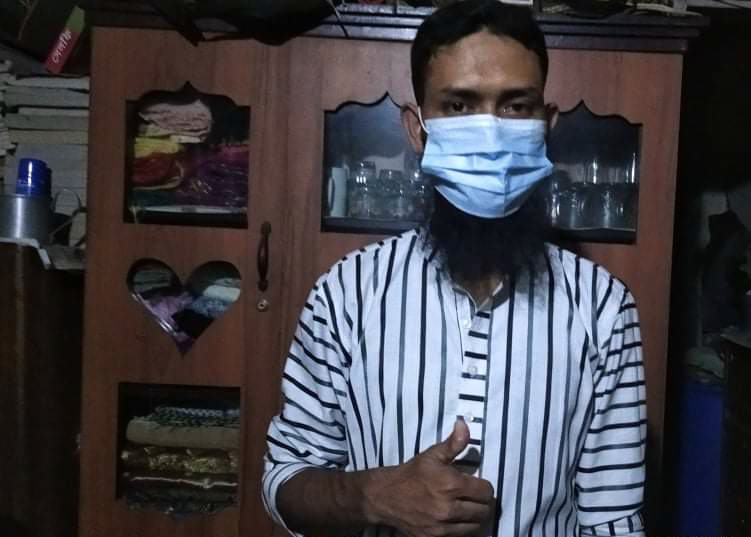 During the week starting August 1st many garment workers in Bangladesh were heading back to their factories amid the unexpected easing of a pandemic-induced national lockdown. The lockdown had closed most production facilities, like ready-made garment factories, but now the government said that garment factories were (at least temporarily) exempted from the operations ban.

And so, with garment workers being recalled to work with a strict national lockdown still in place, we wanted to know how they felt about it. We know garment workers are broadly concerned about the current state of COVID-19 in Bangladesh because 84% of them told us so when we asked them. Below are their responses to survey questions dealing with workplace safety and COVID-19; work commutes; and the prospect of more or less pay in their upcoming paychecks. One thing to note is that the responses of women and men to almost all questions were very similar. The one exception: women and men gave differing responses to a question about the adequacy of measures taken by factories to prevent COVID-19. We’ll touch on that below too.

Note: Banner photo courtesy of a garment worker in Bangladesh; numbers in graphs and lists may not sum to 100% due to rounding.

On August 6th this month we asked garment workers in our study whether they’d gone to work at any point during the previous week. 83% of them had done so, which is just a bit lower than the share of respondents who normally tell us they’ve worked. A slightly smaller share of women worked than men, 81% compared to 89%, respectively. The lower work rate overall is probably due to a few factors, among them being that some garment workers might still have not returned to the city from their home village after traveling there for Eid al-Adha; not all garment factories might have reopened even though they were now permitted to do so; and some garment workers might just not have been able to make the commute to work even though they wanted to.

In terms of measures beyond mask-wearing and social distancing, 47% told us their factory had taken additional steps to prevent COVID-19 infections. And among that 47% of respondents, 83% thought that the additional measures taken were sufficient to halt the spread of COVID-19. However, there was somewhat of a difference between what women and men thought: 87% of women said that the measures were adequate, compared to 71% of men who said the same.

As we’ve discussed in other blogs, much has been made of the plight of garment workers needing to report for duty at their factories with national lockdowns severely limiting the availability of public transportation. However, when we asked garment workers on August 6th whether they’d had any problems getting to work during the past week, only 5% of them told us they’d had any difficulties.

To be fair, among those 5% of workers who’d had trouble getting to work a majority, 75%, told us the difficulty was due to the lockdown’s effect on public transport. Another 14% of those workers who had trouble getting to work said the problem was due to costly transport fares, which of course could also be related to the lockdown having increased the scarcity of seats on the bus and so forth. But the story here continues to be that an overwhelming share of garment workers have not reported to us significant difficulties getting to work during any lockdown period over the past four months.

Due to the uncertainty surrounding the national lockdown rules, including which industries are banned from operating, how long such bans will or will not remain in effect, and what the overall impact will be to garment orders in general, we wanted to gauge workers’ feelings about their economic security.

When asked how much money they expected to receive in their next paycheck, 63% of respondents thought they would be paid about the same as usual for the work they performed during the prior work period. 19% told us they weren’t sure how much they’d be paid, while 16% reported that they expected to earn less than normal (1% actually thought they would earn more than normal, due almost entirely to having worked more overtime).

Among the 16% of workers who expected to earn less, 75% told us the lower pay would be lockdown-related, the most frequent such response. We asked those same workers how they are planning to cope with less money, and the most common answer given was to cut back on food expenses, with 18% of workers identifying this option. Here are the next-most common responses:

Among workers who weren’t certain whether they’d be earning more or less in the next paycheck, the strategies for coping with less pay (should they receive less) were similar to the answers of their peers, who were more certain that they’d be receiving less money.

The data used for the analysis presented here come from interviews conducted over the phone on August 6, 2021 with a pool of 1,278 workers. These workers are employed in factories spread across the five main industrial areas of Bangladesh (Chittagong, Dhaka City, Gazipur, Narayanganj, and Savar). Just over three-quarters of the working respondents are women, roughly representative of workers in the sector as a whole.