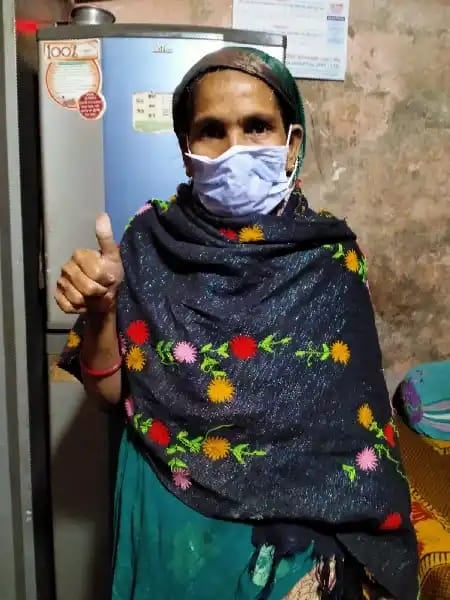 Bangladesh is entering its 3rd week of strict lockdown as the spread of COVID-19 has been insufficiently weakened in the eyes of government officials. Public transportation, movement outside the house and access to shops will continue to be curtailed, according to some news outlets and their sources.

As of April 28th, Bangladesh ranks near the bottom of the global list in terms of the proportion of COVID-19 vaccinations administered, at just 5.2 doses for every 100 people (as per Our World in Data, the source also for the New York Times’ database). Amid this worrisome situation, much has been made about mandatory movement passes and insufficient assistance in helping garment workers commute to factories while public transportation is shut down.

So, what does the transcript say, according to what garment workers in our study are telling us? Do they want to get vaccinated? Do they know if they are eligible? Has the closure of public transport impacted their lives? Let’s see what the facts have to say for themselves.

Note: Banner photo courtesy of a garment worker in Gazipur; numbers in graphs may not sum to 100% due to rounding

From our survey last week, a bit less than 1% of the respondents in our study sample reported having COVID-19 symptoms during the week prior, meaning 11 out of 1,285 respondents said they’d experienced one or more of either a fever, cough, fatigue, difficulty breathing or muscle pain. Of those 11 respondents, two got tested for the disease, with one getting a negative result and the other still waiting to hear back.

In addition, only three of the respondents we surveyed said they knew of anyone else working in their garment factory who had tested positive for COVID-19 in the past week. All three of those workers said their factory had put those positive-testing colleagues on paid leave.

Nine respondents from this most recent survey said they had received the COVID-19 vaccine in the past week. That brings the total number of respondents in our sample who have received the COVID-19 vaccine to 31, or just about 2% of the study size. This tracks with the Our World in Data reporting, and as a side-note it would make sense that garment workers are getting vaccinated at a slower rate than the general population, because the majority of garment workers do not qualify for the “priority list”. As another aside, the official government website to register for the vaccine and which displays the priority list had “temporarily closed” registration at least at one point during April 29, 2021.

We asked respondents the question “Are you eligible to receive the COVID-19 vaccine?” and here are the responses we received:

In all, 69% of respondents we surveyed told us that they would get vaccinated if they were eligible.

Among the remaining 31% of respondents who told us they did not want to get vaccinated, this is the breakdown of their rationale against getting vaccinated:

But wanting to get vaccinated only goes so far. Among all respondents who were not already vaccinated and said they wanted to be vaccinated, only 22% said they knew how to gain access to a vaccination shot.

As even we’ve been reporting, the idea that movement in public areas outside the home has recently become difficult in Bangladesh is being promulgated in news reports (in this article a photo from April 14th shows a police officer checking a motorist’s movement pass).

Of course, we only had time to gather from the respondents a yes/no answer, and more nuance might have been teased out of the responses otherwise. And, this does not mean that when garment workers left their homes, especially without a valid movement pass, that they weren’t taking a risk. However, in terms of the reality on the ground, it seems that people are, as always, finding a way to make their situation work.

Similarly, reports of garment workers needing to walk to work during the lockdown due to the curbing of public transit have been getting published (as in this article here, in addition to the article in this blog’s introduction).

When we asked all respondents who had been to work in the prior week how it was they got to work, 76% of them reported that they walked (the 81% walking statistic reported here would seem to corroborate our own data). More to the point, however, when we then asked them the question “Was this different to how you normally go to work every week?”, 92% told us this was the same way they had always commuted to work.

What these data seem to indicate is that there has been some disruption to some garment workers’ regular work commutes. But, the majority of garment workers have always walked to work, and would have continued to walk to work lockdown or no lockdown.

The data used for the analysis presented here come from interviews conducted over the phone on April 23, 2021 with a pool of 1,285 workers. These workers are employed in factories spread across the five main industrial areas of Bangladesh (Chittagong, Dhaka City, Gazipur, Narayanganj, and Savar). Just over three-quarters of the working respondents are women, roughly representative of workers in the sector as a whole.