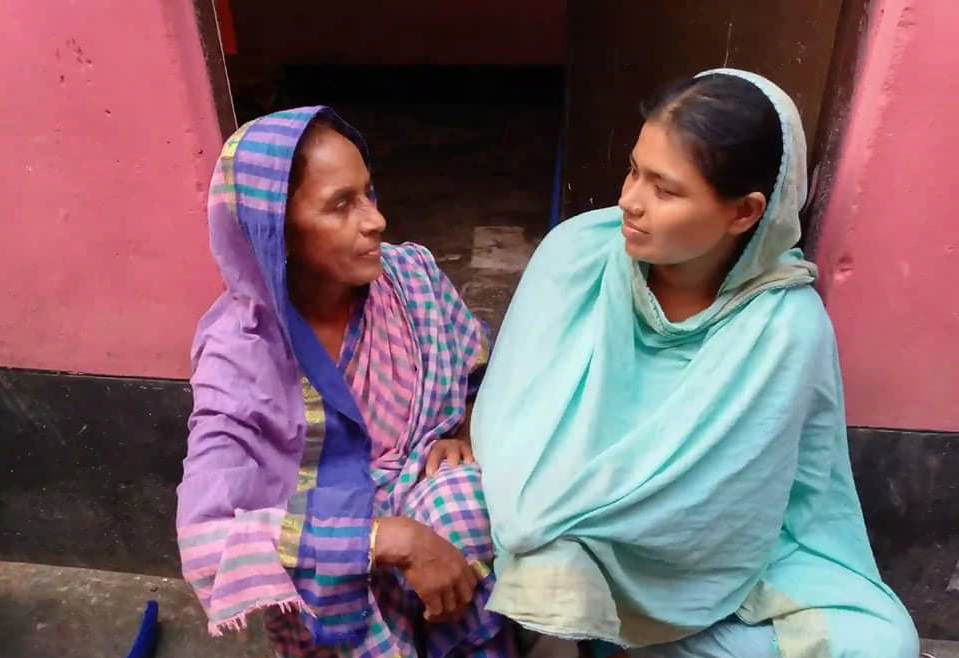 For this week’s blog, we will provide an update on the core data from our respondents in Bangladesh. We continued to keep up with the garment workers’ lives as they go to work, earn money, use that money and try to stay healthy while still in the middle of a pandemic. As MFO and SANEM mark the eighteenth month of unbroken data collection in Bangladesh, here’s where the study has ended up through the end of September 2021.

Before we do that, we’d like to take a moment to say that while much of the core financial data below might suggest that garment workers’ lives have settled into predictable rhythms, and perhaps even back into patterns prevalent before the pandemic, that’s not the whole story. With our most recent #OpenDiaries post we gave workers the opportunity to tell us directly if and how the pandemic might have impacted the way they work. We encourage you to read through their responses to get a fuller picture of what has and hasn’t changed for them.

Among respondents who did not go to work for at least one full week during the month of September 2021, “quit” continued to be the prime cause for any non-working period, with 45% of workers reporting not working for at least one full week citing it. Unlike in August, during this month no worker reported that they were at home quarantined or that lockdown conditions prevented them from working.

Similar to what happened in August, the share of workers reporting transferring money to people outside of their household was 19% in September (16% in August), down from 35% in July, a high share that was a product of the Eid al-Adha holiday.

There are no important changes in terms of frequency of digital transactions. As expected, cash continues to be the preferred method when it comes to intra-household transfers as well as receiving and repaying loans. Digital payments are most commonly used to transfer money to people outside the household. In the month of September, the share of this type of digital transaction was 58% (in line with what was reported the previous month) from a low in July (39%). Here again, this was due to the effect of Eid, when workers are less likely to need to send money digitally because they are near/visiting family members and can hand them cash.

The data are drawn from interviews with about 1,300 workers interviewed weekly from September 2020 to September 2021. The number of worker responses in a particular month vary depending on interview participation rates throughout the month, but were never below 1,244 during this period. These workers are employed in factories spread across the five main industrial areas of Bangladesh (Chittagong, Dhaka City, Gazipur, Narayanganj, and Savar). Just over three-quarters of the working respondents are women, roughly representative of workers in the sector as a whole.