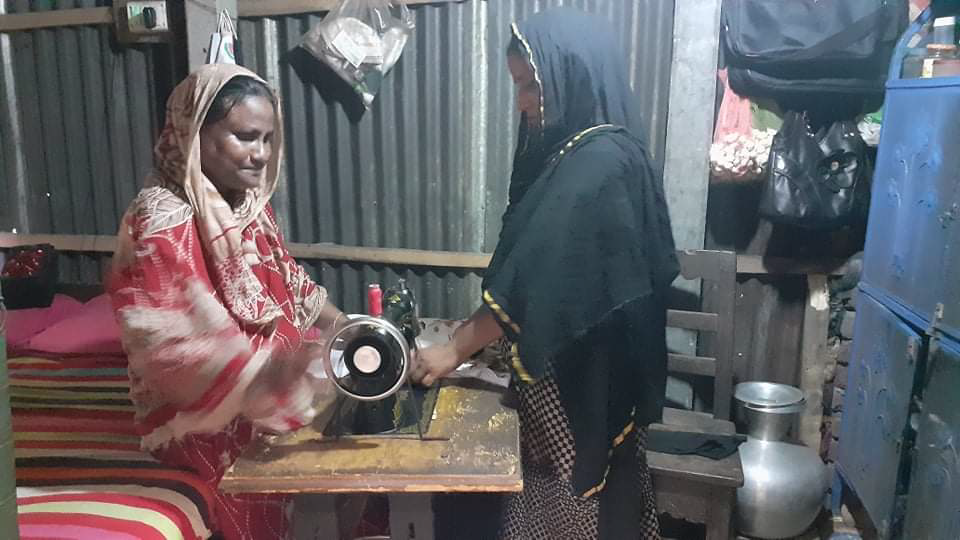 It’s been a few months since we’ve provided an update on the core data from our respondents in Bangladesh. Our recent blog posts have instead covered specific topics ranging from workplace contracts to lockdowns, our #OpenDiaries campaign, household earners, the national budget, Eid observance, and workers’ criteria for selecting a factory to work at.

While we love being able to share fresh data with you on these important, often overlooked aspects of garment workers’ lives, we also know how important it is to keep up with garment workers as they go to work, earn money, use that money and try to stay healthy while still in the middle of a pandemic. Hopefully our next monthly update won’t take so long.

For those of you new to the Worker Diaries methodology, the formula has two basic parts: special questions we ask workers which highlight a specific aspect of their work and their lives; and the core questions, which establish baselines, reveal trends in vital statistics over time, and more importantly reaffirm the relationships between respondents, enumerators, and the field team at-large. We consider both the special questions and the core questions essential to the ongoing conversation we’re having with garment workers.

86% of respondents were employed in August 2021, which has proved a typical employment rate over the course of the study so far. The share of women who were employed was 84% compared to 92% for men. Median work hours were 273 for all respondents, which is a bit high for the study but still not as high as in June, which saw the highest median hours worked in the study so far, at 282. Median work hours were low in July (183), but this was due to the observance of Eid al-Adha. Women and men worked a similar amount of hours over the past three months, but as usual men worked a few more hours than women.

MFO and SANEM have started tracking two new categories of unemployment since strict COVID-19 induced lockdowns reemerged in Bangladesh a few months ago. Among respondents who did not go to work for at least one full week during July, 57% told us that the lockdown had forced them to remain at home and skip going to the factory. By August, the share of respondents not going to work giving this reason had fallen to 4% and “Quit” had regained its top position as far and away the prime cause for any non-working period. Lastly, 3% of non-working respondents in August told us that they wanted to work, but lockdown conditions prevented them from reaching their factory.

The share of salary payments that are either digital or cash seem to have leveled off over the past few months. In August, 57% of salary payments were digital and 43% were in cash. These shares are identical to May and June 2021, and July’s shares were very similar.

Nowhere however did we see a material increase in the frequency of digital transactions. In fact, money transfers sent outside the house saw an increase in the use of cash in July, up to a share of 50% for cash in July compared to 33% for cash in June. This is likely because garment workers were in close proximity to family members, to whom they might otherwise send money digitally, for the holidays, making digital transactions unnecessary. The share of digital and cash transfers sent outside the house had flipped back again by August, with 54% of such transfers sent digitally compared to 39% for cash (the remaining transfers were sent with a mix of both methods).

Household illness rates have been fluctuating over the past few months. Illness had been getting reported at some of the lowest rates yet in the study from February to May. Since June the rates have increased just a bit, sitting at 28% in August 2021 (30% of women reported an illness that month compared to 22% of men).

The total number of workers in our respondent pool who had received a vaccination against COVID-19 stood at 141 at the end of September 2021. This represents a bit over 9% of all respondents (including those respondents who were one time a part of the study but subsequently dropped out). Week over week since about July, vaccination rates among workers have been gaining traction: before July, less than half a percent of our respondent pool was getting vaccinated each week; from late July onward, the share of respondents getting vaccinated has remained much closer to a full percent and sometimes higher. However, if the current vaccination rates were to continue, it would still take about two more years for all respondents to receive the shot.

The data are drawn from interviews with about 1,300 workers interviewed weekly from August 2020 to August 2021. The number of worker responses in a particular month vary depending on interview participation rates throughout the month, but were never below 1,244 during this period. These workers are employed in factories spread across the five main industrial areas of Bangladesh (Chittagong, Dhaka City, Gazipur, Narayanganj, and Savar). Just over three-quarters of the working respondents are women, roughly representative of workers in the sector as a whole.