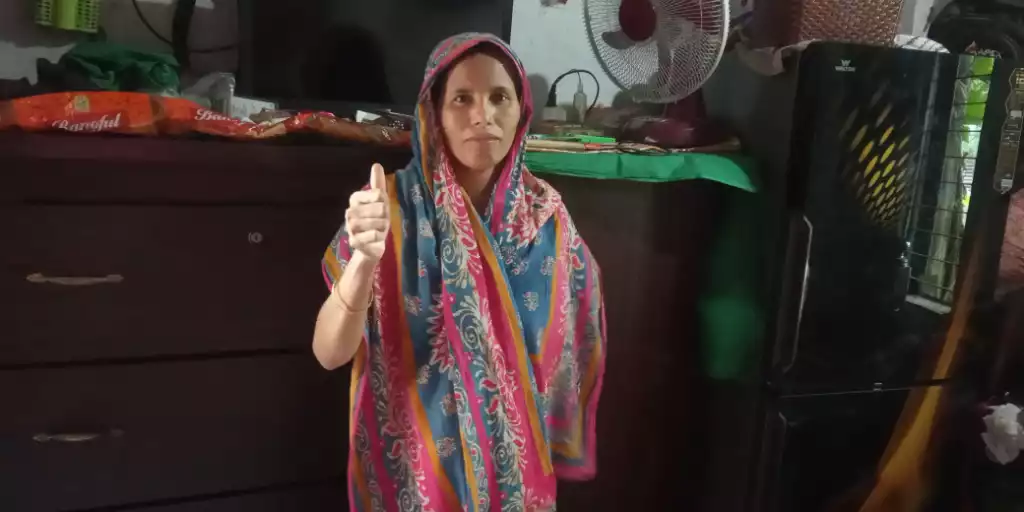 For this week’s blog we will provide an update on the distribution of the sample of workers participating in the Garment Worker Diaries in Bangladesh. The update includes a new map showing the most up-to-date factory location information and also a more detailed description of the areas in which the workers live.

As a quick backstory for anyone new to the project, MFO’s second round of data collection for its Garment Worker Diaries (GWD) project began in July 2018 and ended in January 2020 with about 1,300 workers participating. In April 2020, just on the onset of the COVID-19 pandemic, MFO rolled out the third round of data collection. We started with about 50 workers and have since scaled it back up to about 1,300 active workers.

Despite the hiatus, the field team was able to reconnect with most of the same workers who had participated in the study prior to January 2020, so the distribution of the sample is based on the work we did back in 2018. At that time there were no up-to-date, publicly available sources of data on the distribution of garment workers in Bangladesh—the Labour Force Survey (LFS) was implemented in 2017 but the data were not available at that time. As a workaround MFO used  the geographic location of garment factories (not workers), as recorded in lists from the BGMEA, Accord, Alliance, and the Government of Bangladesh’s Department of Inspection for Factories and Establishments in 2018. MFO identiﬁed ﬁve industrial areas with a high concentration of garment factories. These were Chittagong, Dhaka, Gazipur, Savar and Narayanganj. Within these, sub-areas (agglomerations of thanas/upazilas of varying sizes) were selected to cover between 70% and 80% of the factories in each area, starting with the largest sub-areas. In each sub-area, the team identiﬁed housing blocks where workers in the RMG sector live through a mix of random walks (starting at diﬀerent locations) and opportunistic sampling. When the ﬁeld researchers identiﬁed a housing block where garment workers lived, they attempted to recruit ten workers from that block. Where this was not possible, they recruited workers from nearby housing blocks. Finally, the sampling procedure deliberately over-sampled women to ensure that their economic status could be analyzed in detail.

The table below shows a comparison between the MFO sample and LFS data—note that Savar and Dhaka City, which are two different areas in our sample, are combined because they are both in Dhaka District. The first column of numbers shows the distribution of garment workers in Bangladesh across the four districts MFO targeted, based on the now-available LFS data. The second column shows the distribution of workers, based on the LFS, across just the four districts MFO targeted. The third column shows the share of pre-2020 GWD participants by district and the last column shows the share of post-2020 observations by district. Based on the LFS data, we can say that the districts MFO targeted for the GWD are home to about 70% of all garment workers in Bangladesh. Furthermore, the LFS data show that no other district in Bangladesh is home to more than 3% of all garment workers. We can also say that though the GWD is overly concentrated in the target districts, the distribution of the sample across those districts is fairly representative of the distribution of workers across those districts as found in the LFS (column 2). In other words, the GWD sample is fairly representative of the most important garment-producing districts in Bangladesh.

MFO now uses the Open Apparel Registry  and Mapped in Bangladesh as its main, open-source authority for lists of facilities in the apparel sector in Bangladesh. Data in the Open Apparel Registry (OAR) is submitted by organizations all over the world, including major global brands, civil society organizations, multi-stakeholder initiatives, certification schemes, factory groups and more. Mapped in Bangladesh (MiB) aims to map the export-oriented ready-made garment (RMG) industry across all garment-producing districts in the country. All factories from these sources have a unique ID, which improves identification, but some duplicate entries do exist. We download the data from the two sources, remove duplicate entries and merge them into one list. We then consolidate those entries with our database, which is a comprehensive list of all the factories participants in the GWD initiative work in. Because we sample workers through the neighborhoods where they live, and not through the factories in which they work, we end up including in our sample factories that do not appear on either the OAR or MiB list. In these cases, we assign a unique MFO factory ID.

If you would like to interact more with the map, you can visit this link.

We continue to actively clean factory information data on a regular basis to ensure we consistently convert inconsistent data into cleaner structured data that leads to accurate representation of the names and locations of factories. To learn more about this process , check out our Factory Names blog.