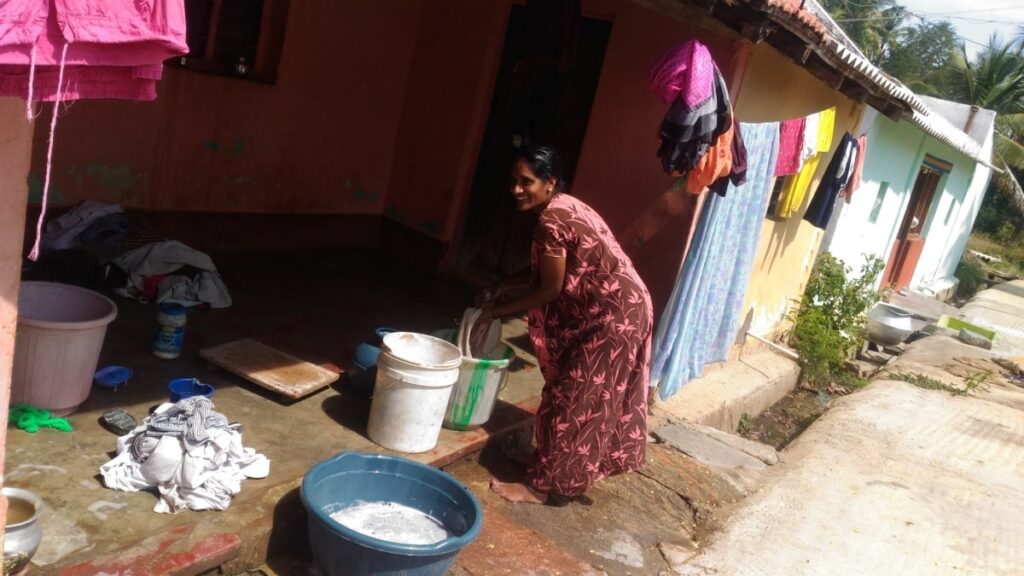 Usha is a 32-year-old mother and a nine-year veteran of India’s garment industry. Compared to garment workers in Bangladesh, Cambodia, and workers within neighboring states in India, Usha is well-off.

She works an average of eight hours per day, six days per week in a factory on the outskirts of the city of Bangalore. She lives nearby in the village of Bidadi with her two daughters, son, and husband in a well-appointed home. Unlike some workers who only perform one task every day, Usha gets to perform many because her supervisors consider her one of the most experienced workers in the factory. Furthermore, her factory is relatively safe, with an on-site clinic and clearly marked exits.

But this is not Usha’s whole story. Weekly data collected from the Garment Worker Diaries show that Usha and women like her face meaningful issues in the workplace. Hardships include verbal and physical abuse and little room for career advancement. Even with variety in her work, she labors over a sewing machine each day, which is causing her chronic back pain. She has little hope of improving her station. Usha’s supervisors have told her repeatedly that a woman such as her, with so little education, cannot hope to be promoted.

The injustices do not stop on the factory floor. Usha has faced the consequences of India’s demonetization campaign, struggles to pay school fees for her children, and has a meaningful portion of her salary deducted to pay for social services that she struggles to use.

Thus, while Usha lives well in comparison to many garment workers, she still faces meaningful injustices. Without the chance to demand improvements in her station, is Usha facing the idiomatic “death by a thousand cuts”?

Read our full report, “A Thousand Cuts: Life as a Garment Worker in Bangalore.”

While this is the last country-specific interim report of this project, stay tuned as MFO and Fashion Revolution will be sharing photo essays and blogs and hosting a Twitter hour as part of Fashion Revolution week beginning April 24, 2017. Stay up-to-date with our Garment Worker Diaries project along the way. If you are interested in discussing any of our findings or have any questions for our researchers, please feel free to contact us at enquiries@mfopps.org.