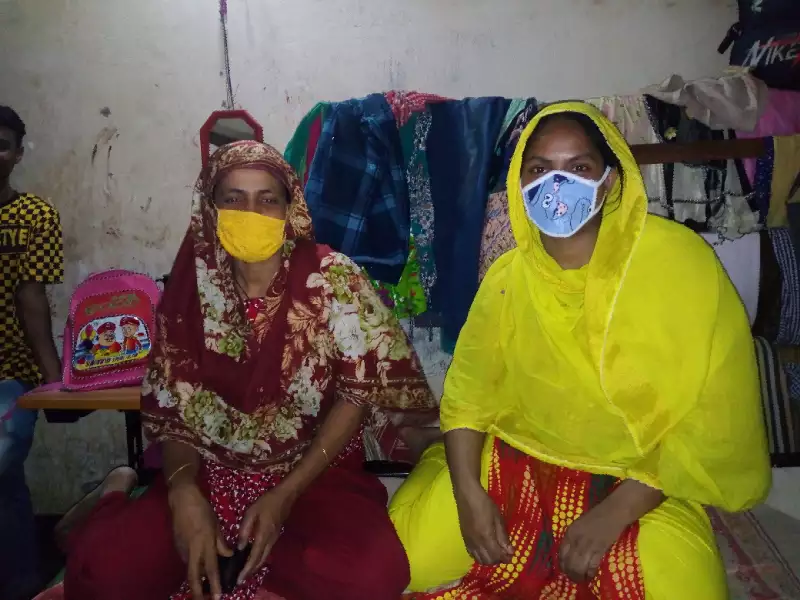 Before the COVID-19 pandemic began, the vast majority of garment workers in Bangladesh received their paychecks in cash, rather than digitally. Within the span of a month, the tables had completely turned. Though we’ve shared these data points with you before, it’s worth repeating them again here: In April 2020, 72% of workers were paid in cash compared to 28% who were paid digitally; by May 2020, 76% of workers were reporting to us they had been paid digitally compared to 22% who were paid in cash (the rest were paid with a mix of digital and cash money). Digital salary payments for garment workers reached their peak the next month, topping out at a 77% share in June 2020.

We know why the share of digital payments skyrocketed in May 2020: the Bangladeshi government, seeking to assist the pandemic-stricken ready-made garment sector with relief money in the form of low-interest loans, intervened with a stimulus package which mandated that relief salary payments must be paid digitally, and it would be the government doing the paying. Compliance with the loan terms required factories to provide payment providers (such as banks and mobile money providers) with workers’ salary payment details, mobile banking information and proof of worker identification, which in turn would be provided to the government to issue salary disbursements into workers’ accounts.

However, it’s been mostly downhill for digital payments since then: as of August 2021, the share of digital salary payments was 57% and cash was 43%. While still in the lead, the race is much closer. We can speculate to the rationale behind and the enforcement of the government’s decision, and to the fate of digital payments. Our partner Mathematica is conducting ongoing research to understand the driving factors behind the decisions of factory management to stay digital or revert to cash. But what we at MFO are really interested in is what is going on with garment workers’ paychecks right here and now. So, like always, we asked them.

The data have been clear in suggesting that many factories must have been reverting to paying workers in cash since the summer of 2020. But what does that mean for workers? Are they paid digitally one month, and the next month in cash? Do all workers in the same factory get paid the same way? What about Eid bonus and overtime payments? What follows are the results from surveys tailored by MFO and Mathematica to understand more of the nuance in workers’ salary payments. We asked 1,274 workers if they had ever received a digital payment from their current factory (and we excluded the 168 workers who were unemployed at the time): 859 (or 78% of employed workers) told us they had received a digital payment, and 247 employed workers told us they hadn’t. The following data come from those two sub-sets of employed workers who either had or hadn’t been paid digitally.

Among those digitally-paid workers, most of them, 58%, received their first digital payment from their current factory in 2020. 34% had received a digital payment prior to 2020, and 8% have been paid digitally for the first time only recently in 2021. And among all of those workers, 74% told us that, without fail, they had always received a digital salary payment since they first started receiving their paycheck digitally.

Garment workers can also be paid by their factories for things such as overtime, bonuses, and meal stipends. Among the 859 workers who had ever been paid digitally by their current factory, 22% told us that they had received one of these other types of payments in cash, despite having received their salary payment digitally. The three most commonly reported types of other factory income which continued to be paid in cash were Eid bonuses, overtime and maternity leave benefits, in that order.

Among the 247 workers who had never been paid digitally by their current factories, only 5% of those workers told us they were ever in a situation where they themselves received a cash payment, but other workers in the same factory received a digital payment for the same time period. Workers’ rationales for the non-conforming payment methods varied: a few workers told us they were unable to withdraw money from a digital account, so they are paid in cash; a couple workers said they were too new to the factory to be paid digitally; and another couple said that a worker’s designation in the factory determines payment method, among a handful of other answers.

On the other side, among the 859 workers who had ever received a digital payment from their current factory, there was also little reported variation in payment method: 80% told us that all workers are always paid digitally; 13% told us all workers were (now) paid always in cash; 5% said they themselves were paid digitally but others were paid in cash; and 1% said they themselves were paid in cash but others paid digitally. These workers’ explanations for any variance in payment method overwhelmingly had to do with length of service: most workers reporting variance told us that new workers get paid in cash for a month or two.

In all, just 70 of the 1,106 employed workers in our sample told us that there was some variance in how workers were paid, or just over 6% of the total. For the other 94% of workers, they reported either all digital or all cash payments.

As it happens, garment workers report having very little control over how they are paid. All of the 859 respondents who had ever received a digital payment from their current factory told us that they had no choice in how to receive their salaries: the factory mandated the payment method. 83% of those respondents did tell us that they know in advance how they will be paid, meaning that some planning is possible for them. The most commonly reported channels for a worker to ascertain their method of payment is via their pay slip, followed by loudspeaker announcements, being told by their supervisor, receiving an SMS message, or being told in a meeting, in that order.

The data presented here come from interviews conducted over the phone with a pool of 1,274 workers. These workers are employed in factories spread across the five main industrial areas of Bangladesh (Chittagong, Dhaka City, Gazipur, Narayanganj, and Savar). Just over three-quarters of the working respondents are women, roughly representative of workers in the sector as a whole.