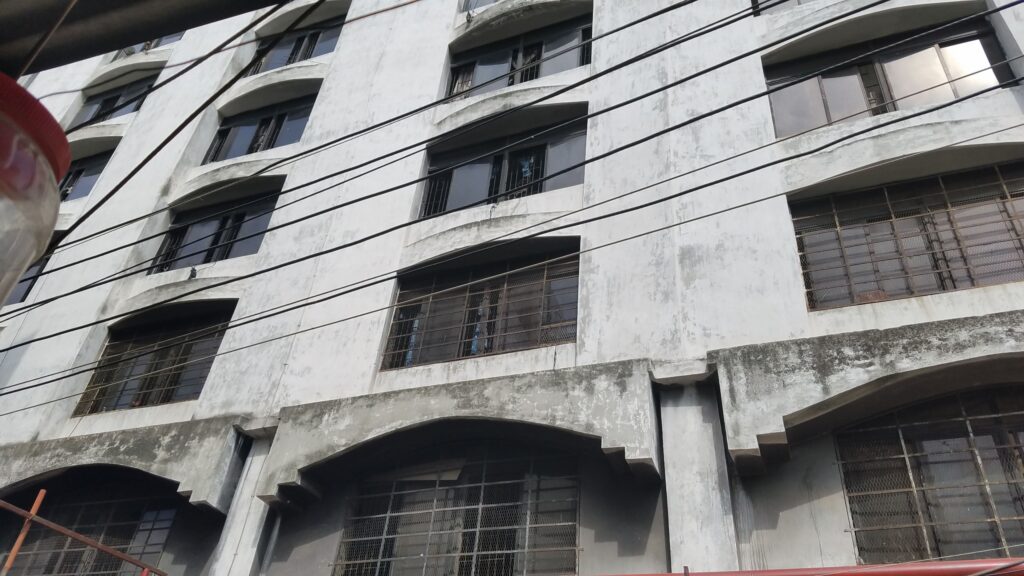 In May last year, we first reported on the new safety measures garment-producing factories in Bangladesh were enacting to combat the COVID-19 pandemic. Seven months later MFO and SANEM surveyed the workers in our study again to see what had changed and what stayed the same.

What the data are telling us is factories let their guards down since the early days of the pandemic. Rates of precaution decreased almost across the board for the safety variables assessed in our survey. We’ll make use of tables throughout to draw attention to this decrease in the rate of safety measures enacted over time.

And not to forget, the pandemic is still weighing on the psyches of workers as it affects their perceived job security and prospects, and we’ll talk about that briefly as well.

The variables we tested for in our recent survey showed overall decreases according to our respondents’ observations:

One safety measure’s rate of observed implementation remained roughly the same: the presence of hand washing stations placed at main entry gates was 46% in May and 47.5% in December.

A slightly lower rate of workers, 93%, reported hearing about social distancing in our December 2020 survey compared to the May 2020 response rate of 98%. The Garment Worker Diaries study does experience respondent dropouts from time to time with new respondents replacing them, so this decrease might be due to that. Or it might be due to social distancing as a concept not playing as prominent a role in workers’ lives as it did in the early day of the pandemic.

This is somewhat supported by other variables we assessed, including whether or not respondents are able to maintain social distance while working and during commuting: in May, 77% of respondents said this was possible, which had fallen to just 56% by December. Additionally, we asked respondents some new questions in December to gauge how they practice social distancing:

Factory management has a role to play in enacting social distance measures and traffic controls for workers when entering, exiting or working inside the factory. As we saw with hand washing and general sanitization, factories have let slide a bit their controls on the flow of traffic, with few exceptions:

When it comes to the workers’ bodies themselves, the picture of health is mixed. Despite an apparent drop in social distancing measures and awareness over seven months, 92% of respondents surveyed in December said they always wear a face mask when working on the factory floor. And the rate of workers being provided protective clothing by their factory has remained roughly the same: 5% in May and 6% in December.

However, factories provided face masks to a smaller percentage of workers in December, 76%, than they had in May, when 89% of respondents said they were provided a face mask. Temperature checks for workers are also slightly down from May to December, falling from 88% to 84%.

We aren’t sure why the number of affirmative responses fell from May to December. It could be due to respondent dropouts and replacements, or it could have to do with how workers are viewing the changing nature of the pandemic and their relation to it. Regardless, only 15% of workers in December who’d said they received information on what to do if displaying symptoms told us that one of the actions they’d been told to take was to get a COVID-19 test. And under 50% were told to isolate/quarantine/stay home.

News about COVID-19 among workers continued to spread in December 2020 in similar proportions compared to May 2020. The two big differences are that workers appeared to be using less of a variety of media channels to absorb news about COVID-19, and workplace communications about the pandemic had dropped considerably. Below is a chart showing the percentage of total workers surveyed who said they learn about COVID-19 from a particular channel, in both May 2020 and December 2020 (respondents could select more than one answer):

And a minority of workers, 47%, do not fear losing their jobs due to COVID-related negative business impact. 34% of workers do fear such a job loss, and 18% aren’t certain how they feel.

The data presented here come from two sets of interviews conducted over the phone with two pools of 1,287 workers, of whom 1,135 workers said they had gone to work at any point since April 2020. These workers are employed in factories spread across the five main industrial areas of Bangladesh (Chittagong, Dhaka City, Gazipur, Narayanganj, and Savar). Just over three-quarters of the working respondents are women, roughly representative of workers in the sector as a whole.