Reality Check: Will the new minimum wage in Cambodia make a difference for garment workers?

Phann is a 40-year-old garment worker living in Phnom Penh with her husband, a security guard. Their rented room is typical for a garment worker—encased by concrete walls and covered by a tin roof with one bathroom and no kitchen. Since Microfinance Opportunities (MFO) began interviewing her in July, Phann has reported working long hours, making products for major clothing brands. She has worked 61 hours a week on average, including three weeks when she worked more than 70 hours, well above the 60-hour week maximum mandated by Cambodian law. Despite her illegal hours, she is paid 66 cents an hour according to our data, falling just short of the legal minimum wage of 67 cents per hour. 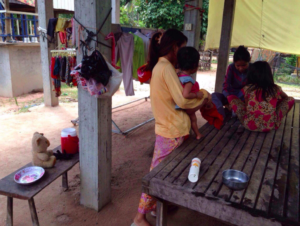 Phann, like the other 180 women participating in MFO’s Garment Worker Diaries in Cambodia, is hoping that 2017 will bring new money as the Government of Cambodia has mandated that factory owners increase the minimum wage from 67 cents to 73 cents per hour, equivalent to an increase from $140 to $153 per month [1].

Most of our diarists are positioned to receive that increase—approximately 68 percent report earning the minimum wage, if not higher. The other 32 percent of workers stand to be disappointed, according to a preliminary analysis of the data. They earn only 57 cents an hour on average, so far below the minimum wage that an almost 30 percent increase in their wages is unlikely.

Not only are they receiving less than the minimum wage, but the ways in which their earnings are calculated are often opaque, and their payment schedules are inconsistent. For instance, Mao—a 28-year-old garment worker living in Phnom Penh—received checks showing that she earned the minimum wage. During our first interview, she reported that the factory paid her $140, but she could not tell us how many hours she worked during the pay period. At that moment, we were hopeful she would be one of the garment workers who received fair wages for her work. Her next check was for $137.50, but she worked 250 hours during the pay period which equates to only 55 cents an hour. She fared better on her next paycheck, earning 68 cents an hour for 227 hours of work. However, by the time she received her fourth check, any pretense that she was receiving fair wages had disappeared. She earned $90 for 200 hours of labor, equal to 45 cents an hour. 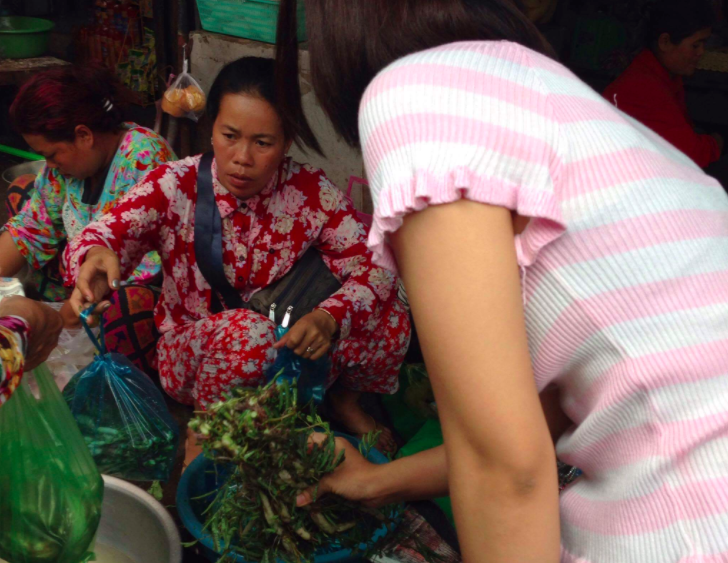 At least Mao’s employer paid her. Chen, who works in another factory in Phnom Penh, worked 194 hours but was never paid as her employer absconded. She and her colleagues did everything possible to stop him: they attempted to block the exits to the factory to prevent his escape and sought a court order to detain him, or at least seize the assets of the factory, but those efforts proved unsuccessful. As of this writing, she has still not received any compensation for her work.

For women like Mao and Chen, and women like Phann who are paid fairly but work in excess of what is allowed by law, an increase in the minimum wage will not be enough to ensure their dignity. Brands and the Government of Cambodia must enforce the regulations that ensure fair wages and working conditions.

There has been slow progress in this regard, and a lack of transparency in the supply-chain makes evaluating the pace of progress difficult. Organizations like the Solidarity Center and Human Rights Watch are investigating working conditions to bring better transparency to the sector, but their main leverage point is to indict the reputation of the brands, a real but indirect threat to brands’ bottom lines. Consumers, with their ability to directly impact brands’ by altering their purchasing patterns, are the ultimate leverage point. For change to occur, you as consumers must demand transparency and fairness throughout the supply-chain.

To ensure dignity for these women, you must demand a fashion revolution.