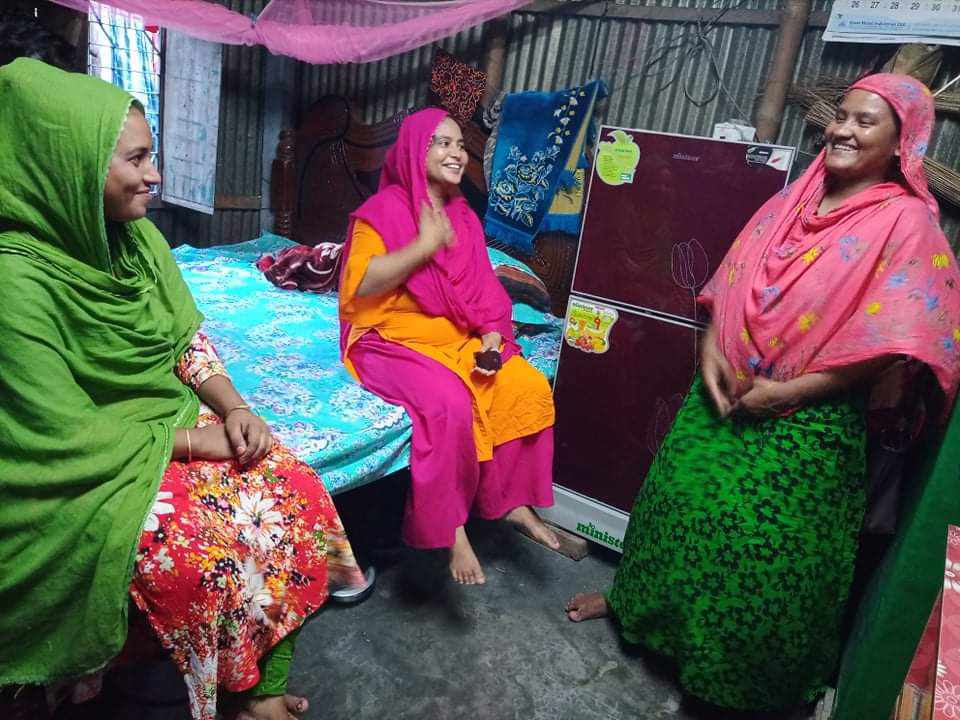 In addition to the weekly interviews we conduct with our primary garment-working respondents in Bangladesh, MFO and SANEM have been continuing to gather economic data on those respondents’ other household members who are also wage earners. The story here over the past year is that the wage-earning makeup of garment workers’ households has basically not changed at all. Whether or not we should refer to this unchanging climate as one of “stability” is another matter, with all of the positive connotations that word evokes. Regardless, let’s get to the specifics on household earner data through the end of August 2021.

Note: Banner photo courtesy of a garment worker in Bangladesh; numbers in graphs and charts may not sum to 100% due to rounding.

The median salary earned by other household earners in August 2021 was Tk. 10,500, which again remains largely unchanged from previous months. The typical salary for women was Tk. 10,000 and for men it was Tk. 11,000. This is similar to the typical incomes among workers in our general respondent pool, in that men almost always earn more than women.

Proportional Breakdown of Other Household Earners

And finally, the share of jobs that other household earners perform has also hardly changed over the past year. Basically, the vast majority of women continue to work in the garment sector, while men hold a wider variety of jobs.

The household earner data presented here come from interviews conducted over the phone from July 2020 through August 2021 with a pool of 1,297 workers. These workers are employed in factories spread across the five main industrial areas of Bangladesh (Chittagong, Dhaka City, Gazipur, Narayanganj, and Savar). Just over three-quarters of the working respondents are women, roughly representative of workers in the sector as a whole.