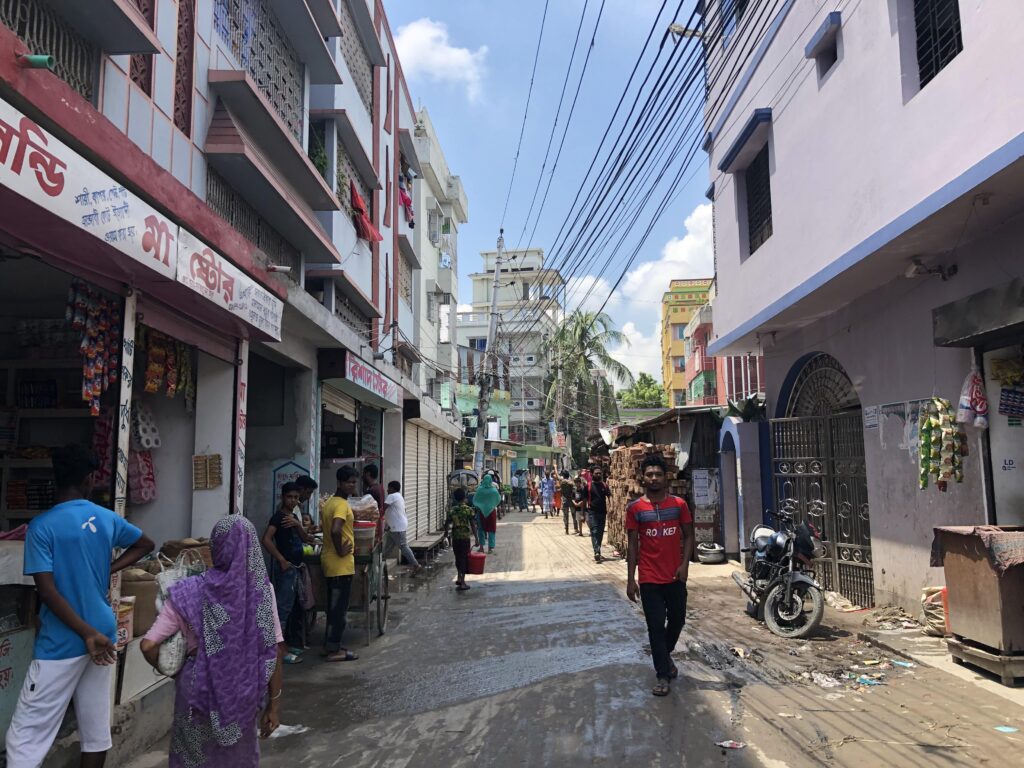 According to a recent report on wage digitization in the ready-made garment (RMG) sector in Bangladesh, about 1 million workers are now receiving their wages digitally, either into a bank or a mobile money account, rather than in cash. This trend is expected to continue in the near future, with the study also finding that a majority of factories in Bangladesh see the advantages of digitization and have shown a ‘strong interest’ in fully digitizing their wage disbursement system.

With a compelling business case already having been made at the government, factory and buyer level; Microfinance Opportunities (MFO), in collaboration with the Social Performance Task Force, undertook a research project focused on the experience of garment workers who have undergone this increasingly common transition from cash to digital wage payments. To this end, MFO held various focus groups with workers who had experienced the digitization of their wages with the goal of assessing and gaining a better understanding of their experience, how it has affected the way they manage their money and how the process can be improved from their perspective.

The vast majority of participants recalled feeling nervous at the prospect of receiving digital wages. Very little information was provided at the onset, often poorly disseminated, leaving workers feeling powerless and voiceless to enter a system they did not understand but felt obligated to enter.

Many workers reported a change in their attitude over time as they adapted to the system and started enjoying advantages such as increased savings, a reduction in daily expenditures and the ability to transfer money to help each other in times of need. The problems most commonly discussed related to trouble using ATMs (distance, long lines, no cash) as well as fees and withdrawal limits.

There was no general consensus on whether digital wages had changed money management practices among the workers. Many reported no changes—they withdraw all their earnings and every taka earned is needed to meet their expenses. However, a good number of respondents reported important variations such as increased savings or a reduction in the need to take outside loans thanks to the ability to transfer money.

Perhaps the most serious unintended consequence was reported by a majority of married women, who stated that digital payments made it easier for their husbands to know how much they were paid, resulting in a loss of control over their finances and, in some cases, an increase in domestic violence.

How to move forward

It is clear that wage digitization is the way forward in the RMG sector, one with the potential of being beneficial to buyers, factories and workers. However, efforts should be made to ensure that workers are aware of the impact this change will or could have in both their financial and personal lives, as opposed to an imposition of a system they do not understand. For instance, the initial anxiety about wage digitization, as well as how to cope with some of the most cited disadvantages, can be lessened by making sure that garment workers are given ample time to learn about and become comfortable with the idea of digital wage payments before a factory implements a change to the way they pay wages. With this in mind and taking into account the feedback and experiences shared by the workers, MFO is currently developing a poster and short educational video meant to raise awareness of the benefits and challenges workers can expect, as well as advice on how to better deal with some of these. A peer-to-peer educational module to complement and enhance the reach and impact of both the poster and video is also under development.

While acknowledging that these initiatives do not sufficiently address all the shortcomings described by the workers, particularly the increased violence and loss of control over their finances plaguing married women, these are meant to give workers a head start, to get them better prepared to both take advantage of the change and face the challenges that come with wage digitization.

In June and July 2019 Microfinance Opportunities, in collaboration with the Social Performance Task Force, conducted 14 Focus Group Discussions in and around Dhaka with garment workers currently receiving digital payments. Discussions focused on exploring: