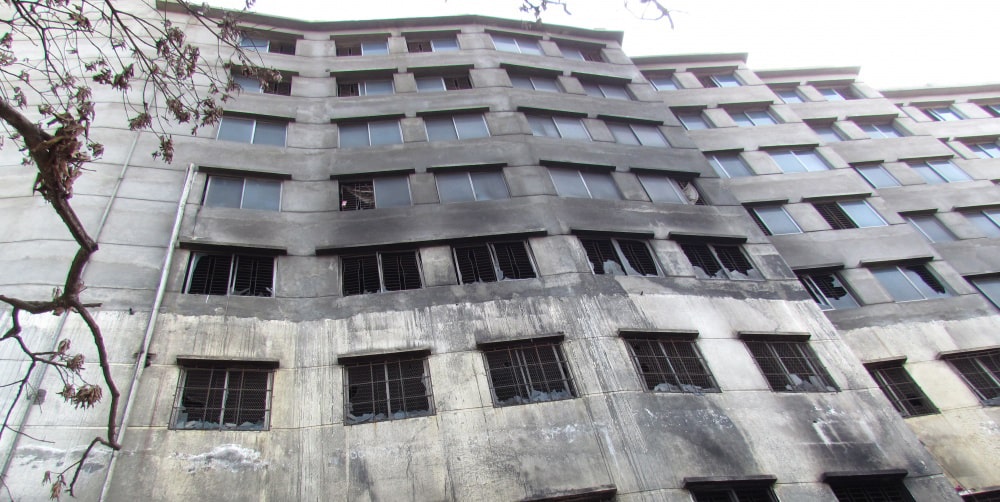 Four years ago today, a fire at the Tazreen Fashions factory outside Dhaka killed 112 garment workers and injured nearly twice as many. In its aftermath, there was an international outcry calling for greater regulation of health and safety conditions in garment factories across the country. Clothing brands and retailers came together and agreed to better monitor conditions inside the garment factories where their clothes are made; and then, after the Rana Plaza disaster, the Bangladeshi government adopted new legislation to strengthen its regulatory body in conducting safety inspections. As of March 2016, the Department of Inspection for Factories and Establishments had inspected 1,549 ready-made garment factories across the country.[1] Despite these steps, workers in garment factories continue to face poor health and safety conditions not only in Bangladesh but in other major garment exporting countries as well. These poor conditions do not necessarily result in major tragedies such as those at the Tazreen Fashions factory or Rana Plaza, but they nevertheless expose the workers in the factories to unsafe conditions and cause them undue pain and suffering.

Through the Garment Worker Diaries project, research teams in Bangladesh, Cambodia, and India have been collecting weekly data on what garment workers earn and buy each week, how they spend their time each day, and whether they experience any harassment, injuries, or other significant events while at the factories. Though we are still in the early stages of data collection, our project covers 540 workers from across these three countries, and we are hearing from them about the health and safety hazards they face.

Workers in our study have informed us about major events that have taken place in the factories. In Bangladesh, women from two different factories have reported fires. In the first case, a fire broke out during their lunch-break, and workers had to put it out themselves. In the second instance, a fire broke out during a midnight shift and took an hour to be extinguished. No casualties were reported in either case.

In Cambodia, one worker informed us that her factory’s owner had not paid their salary, so she ended up going to stand guard at the factory to try and force him to pay. She then filed a complaint in court against the owner in the following week, again asking him to pay. This was more than two months ago, and the situation has still not been resolved. We have seen similar incidents in Bangladesh. For example, six workers from a factory near Dhaka reported a factory-wide strike as the owner had not paid their salaries on time. This resulted in altercations with police officers, pressuring the owner to pay shortly after the fights broke out.

Not all issues that workers face are major events like fires or strikes; workers have been telling us about some more frequent and persistent challenges they deal with too. Workers in our study have reported on repeated harassment in the work place. These incidents range from being yelled at or insulted to sexual harassment. In Cambodia, workers have been willing to share with us the insults they receive. Some examples include women being called “idiots” or “crazy girls,” while one woman’s supervisor told her that she had “no bright future with [her] careless working style.”

Finally, the workers in our study tell us about the pain they endure because of their work. In India and Cambodia, for example, we have found that workers regularly report instances of chronic pain. Respondents in these countries have common ailments: for India, workers commonly experienced back pain. In Cambodia, workers most commonly have reported suffering from headaches. These types of pain are common among garment factory workers who face uncomfortable working conditions that require them to stand in hunched positions performing repetitive tasks for hours on end. Eventually, these conditions wreak havoc on the workers’ bodies, causing the types of chronic pain that our respondents regularly report. In three extreme cases, workers from India reported experiencing back pain every week, and they have reported that this pain can last anywhere from one hour to several days.

We are still in the early stages of collecting and analyzing the data from the 540 women participating in our study. As the Garment Worker Diaries progresses, we will continue to collect information on what is going on inside garment factories in Bangladesh, Cambodia, and India. We will use interviews and surveys to delve deeper into the specific working conditions that workers face.

We now ask you: what would you like to know about the women who make our clothes and the conditions they face at work?

The Garment Worker Diaries is a yearlong research project led by Microfinance Opportunities in collaboration with Fashion Revolution and with support from C&A Foundation. We are collecting data on the lives of garment workers in Bangladesh, Cambodia, and India. Fashion Revolution will use the findings from this project to advocate for changes in consumer and corporate behavior and for policy changes that improve the living and working conditions of garment workers everywhere.