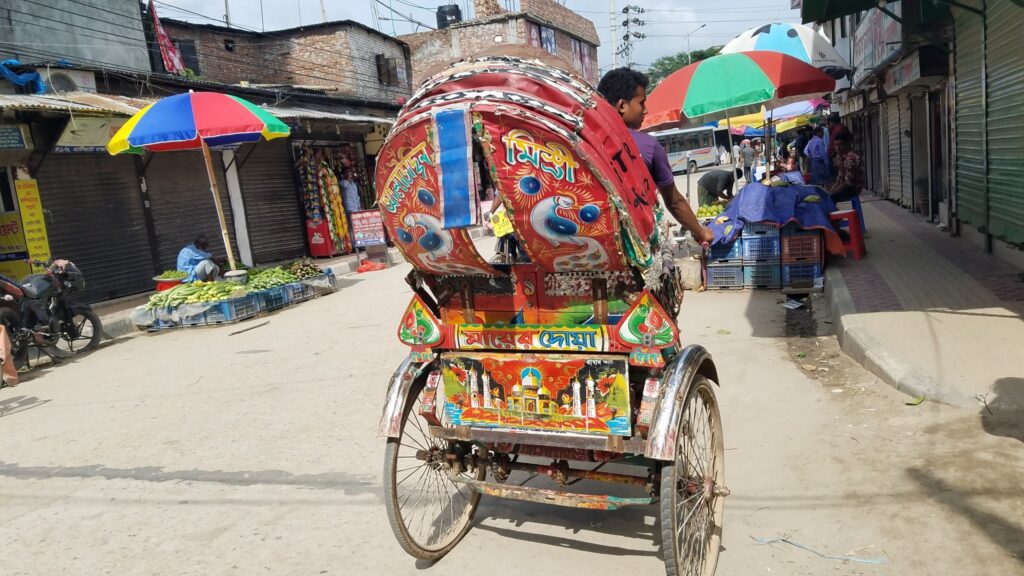 In the past nine weeks MFO and SANEM have been tracking the economic transactions of garment workers. In that time we have seen a dramatic increase in digital payments to workers in the ready-made garment sector in Bangladesh. In April 2020, 28% of workers reported that they were being paid digitally, and by May 2020 this share had increased to 82%. By comparison, only 15% of garment workers were paid digitally this same time last year.

However, cash has persisted to be the basis of pay for other factory income, including overtime and the traditional bonus for Eid al-Fitr, which was celebrated on May 25th in Bangladesh this year. We aren’t yet certain what this mix of digital and cash payments will mean for garment workers. But let’s take a closer look at what the data reveal, as told to us by the garment workers themselves.

Except the method of receiving the Eid bonus is markedly different:

Overtime payments track closely with Eid bonuses, in that digital payments have been advancing on cash payments from year to year:

While salary payment digitization has nearly eclipsed salary payments made in cash, Eid bonuses and overtime payments continue to be made in cash in the majority of cases. Again, we are not yet certain what has caused this lag in digitization for these two types of payments. We will be investigating further in the weeks to come.

Many respondents reported success stories withdrawing Eid bonuses from their bank or mobile money accounts. Some of the highlights include:

Excess work hours in the run up to Eid

Most garment workers are given the week off from work by their factory in observance of Eid. During the run-up to Eid, however, many workers put in extra hours in order to meet production demands. There was a change between 2019 and 2020 in the share of workers who worked excess hours (which we have defined as 66 hours per week or more) in the run-up to Eid.

All data presented here come from interviews conducted over the phone with a pool of 1,294 workers (for comparative purposes, the pool is smaller when analyzing all May 2020 active respondents versus Eid-specific weeks’ respondents; and for comparison to this same time last year in 2019, 903 workers’ responses have been analyzed). These workers are employed in 390 factories spread across the five main industrial areas of Bangladesh (Chittagong, Dhaka City, Gazipur, Narayanganj, and Savar). Just over three-quarters of the working respondents are women, roughly representative of workers in the sector as a whole.